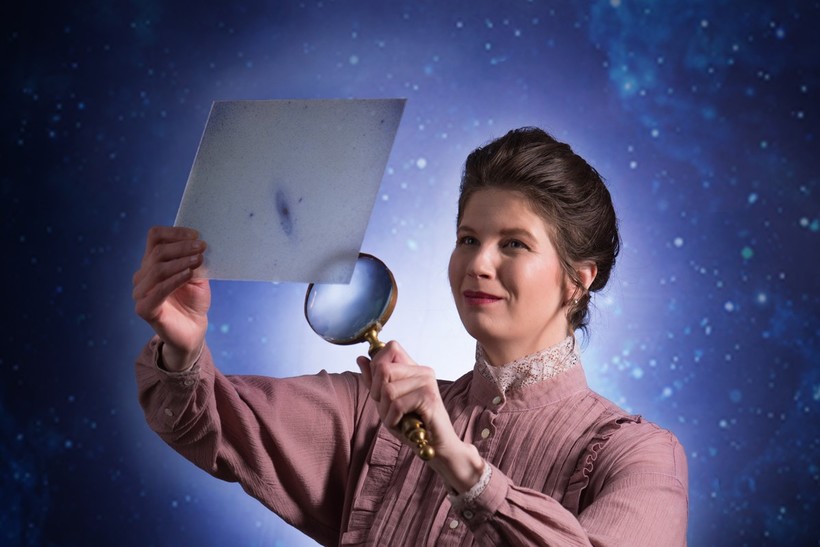 The story of a little-known female scientist from Harvard University who unlocked many of the mysteries of space in the early 20th Century is the first play in the 30th anniversary season of the Commonweal Theatre in Lanesboro, Minnesota.

"Silent Sky," written by Lauren Gunderson, tells the story of Henrietta Leavitt, and the work that she and two other female colleagues accomplished.

Leavitt's Law, which still helps calculate astronomical distance today, is named for her, yet Sweeney said historically Leavitt has been given little credit for her work.

Leavitt didn't have an astronomy degree and she wasn't allowed to use a telescope in her work. Instead, she studied and documented stars that were burned onto glass plates from a telescope.

Sweeney said there is very little biographical information known about Leavitt, and Gunderson's script is largely a fictional account of her life.

"It tells the story of a young woman who has difficult choices to make. She has to get her father's permission to go from the Midwest to Massachusetts to take this job. She has to ask for her dowry, which means she is basically telling herself and the world that she won't get married," she said. "She will be making a quarter an hour to do this work as she puts it, 'It's volunteering,' but it's because she has a love, not just for the sky, but for science and discovery and study and research.

"Silent Sky" follows the success of "Hidden Figures," a book and movie about the role African-American female mathematicians played in the early days of the space program and struggles women have had for pay and equality in the workplace.

"It's been a challenging few years as we start to really unknot the place that women take in society," Sweeney said.

The performance will run through June 23 at the Commonweal Theatre in Lanesboro, Minnesota.