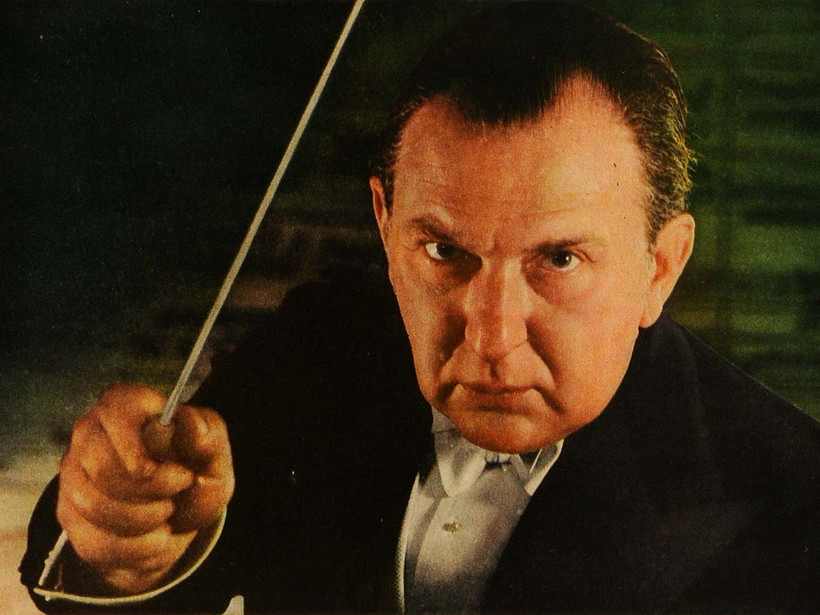 It’s not unusual for players and conductors to get slightly lost in the score during concerts, but a Boston Symphony timpanist suddenly found himself completely out of the loop during a performance of Richard Strauss’ massive Domestic Symphony.

The guest conductor for the occasion was the formidable Fritz Reiner, called the last of the conductor tyrants, who had fired so many musicians that he was later said to have dismissed two pallbearers at his own funeral. In fact, the stories about Reiner were so full of nastiness, cold sarcasm, and cruelty to musicians that during its first rehearsal with him the orchestra was braced for a scolding from him and was almost disappointed when Reiner stopped them and said, “Gentlemen, I’m enjoying myself immensely.”

But during the concert the timpanist risked raising Reiner’s wrath. He discovered to his horror that the middle page of his score was missing. Just then one of the violinists turned a page and found the missing timpani part in his music. He looked over at the frantic timpanist, who was using a few bars of rest to rifle through the rest of the pages of music on his stand.

The violinist picked up the missing part and sprinted over to the timpanist, coattails a-flutter, brushing past four viola players, a pair of oboists, a contrabassoonist, and three trumpeters, and got to the kettledrums at the last second. Reiner and the orchestra assumed that the runaway violinist had simply lost his mind, and the conductor said later that he thought of stopping the musicians and running for safety.

As for the misplaced page of music, the timpanist had only himself to blame. Before the concert he had taken his score over to the first violins to confirm a cue and had absentmindedly left it there.