Judy, a listener from Franklin
The West Side 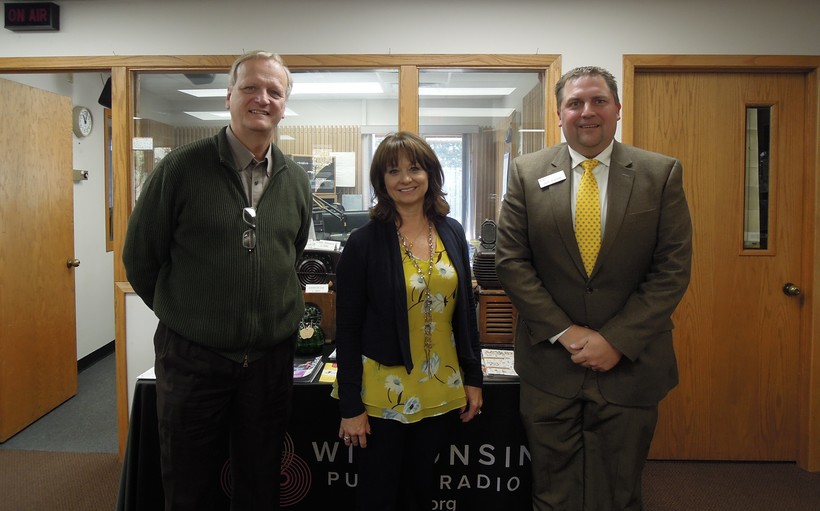 From reaching out to middle school students to finding jobs retired people can do, businesses in western Wisconsin are working to find ways to fill a gap in the skilled workforce.

From reaching out to middle school students to finding jobs retired people can do, businesses in western Wisconsin are looking for ways to fill a gap in the region's skilled workforce.

Rice Lake Weighing Systems employs more than 1,000 people worldwide including 500 in Rice Lake. The company manufactures scales that are used to weigh everything from ingredients in a recipe to materials hauled in a train.

But like most manufacturers, the challenge is finding enough qualified people to make and sell their products.

"We’re facing a shortage both on the manufacturing side where were looking for welders, technicians and those kinds of skilled trade jobs, but we’re also finding a shortage in the office positions in things like marketing and purchasing," said Jake Nolin, human resources director for Rice Lake Weighing Systems.

The skilled worker shortage is no less of a challenge for a smaller company like Lund Builders of River Falls which only employs 11 people, but relies heavily on subcontractors like plumbers and electricians, who are also facing a shortage. Lund builds 13 homes and does about 50 remodeling projects a year.

"How it affects us primarily is in keeping jobs moving in the right direction and being timely. Time is money, so that affects the cost of housing," said Tami Kucera, Lund owner and vice president. "When you are having a struggle getting workers, you’re paying higher dollar for them, which is good, but it also means things aren’t getting done as quickly as we and the homeowners are expecting and that costs money."

"We are looking for multiple points of entry for people to bring into our organization and then we spend a year or more kind of finishing them off after they’re employed," Nolin said. "We like to do whatever we can internally. We can take almost anybody with the minimum qualifications and turn them into a success story within our organization."

Lund Builders belongs to the St. Croix Valley Home Builders Association which started a foundation to provide scholarships for people who want to pursue jobs in the construction trade industry. It’s holding its first educational event called Build My Future Wisconsin next spring aimed at exposing students to home construction.

"Students will be doing hands-on activities like building a truss, or setting bricks or learning about electrical currents," Kucera said. "Everything has to be hands-on. It’s not just going to be about talking to the students, it'll be about showing them what they can physically do in the trades. There are people that are created to do physical labor that are sitting behind desks that are going to find out that they really would rather be out there working with their hands."

She said there is even room in the home construction industry for retired women or men who may not be able to do a lot of physical labor but would be good at managing construction projects.

"We like these guys to be on the job site but that doesn’t mean they have to be lifting trusses on the second story. It means they need to be managing between the customer and the subcontractors, the laborers that are on site. Those are invaluable in construction. It keeps things rolling," Kucera said.

In general, the strong economy has meant a declining enrollment in Wisconsin’s Technical College System. But Chippewa Valley Technical College (CVTC) based in Eau Claire has grown its programming by 25 percent since 2015.

"Our students have the pick of what they’re looking for in terms of a job. Most of our programs that we offer there’s at least two to three jobs per graduate in our skilled trades areas," said Jeff Sullivan, dean of apprenticeships, engineering, manufacturing and information technology at CVTC.