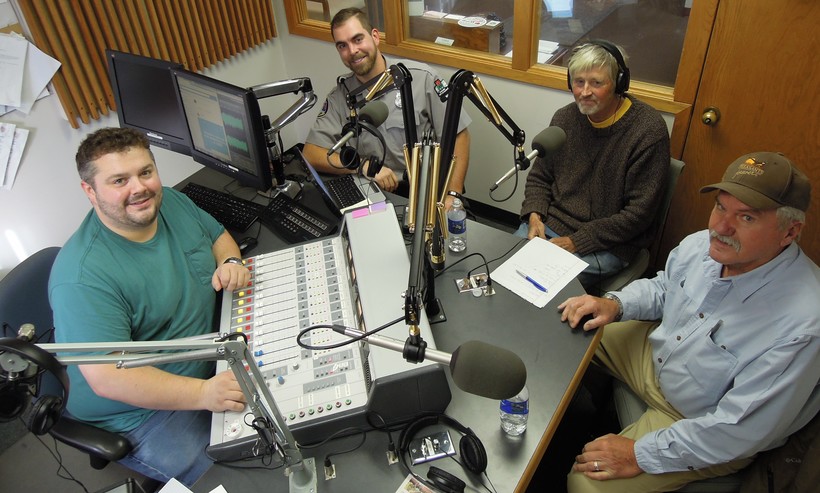 Minimum Age Eliminated, No More Need To Tag Deer In The Woods

Children younger than age 10 can participate in the annual gun-deer hunt in Wisconsin that starts Saturday as long as an adult mentor is within arms-length of them. That change to Wisconsin's already-existing mentored hunting law became legal last weekend after Gov. Scott Walker signed Assembly Bill 455 into law.

The loosening of restrictions to the youth hunting law was authored by state Rep. Rob Stafsholt, R-New Richmond.

"The goal of a mentored program is to try to get these kids experience and exposure to a hunting activity," Stafsholt said. "The goal is so they get hooked on hunting and our outdoor activities, and then do the hunter's safety and get their own licenses and their own tags that are not part of the mentored program."

The new law applies to any hunting season in Wisconsin.

While the change to age restrictions is getting a lot of attention, the change that will affect everyone this year is the elimination of the need to put a tag on a deer killed in the woods.

"What you need to do this year is go buy your license, have a valid proof that you have a license while you're out hunting, harvest your deer and then make sure it's registered by 5 p.m. the day after the harvest," said state Department of Natural Resources Game Warden Jake Bolks from Eau Claire County.

Bolks said there are several methods to have valid proof of a license while you are in the woods including your smartphone, driver's license or having the traditional hard copy.

Assembly Natural Resources and Sporting Heritage Chair, state Rep. Joel Kleefisch, R-Oconomowoc, said the majority of other states that allow hunting no longer require the use of carcass tags, and he believes the no tag requirement won't lead to confusion or encourage poaching since deer carcasses still need to be registered.

"If you (as a hunter) do everything you did last year you'll be 100 percent fine," he said. "This is about ease of use and pulling our hunting and fishing heritage into the 21st Century."

Bolks suggests if hunters have questions or confusion about the changes to Wisconsin hunting laws they should look at the DNR website, call the DNR hotline or contact a local game warden before Saturday's hunt rather than rely on word of mouth.