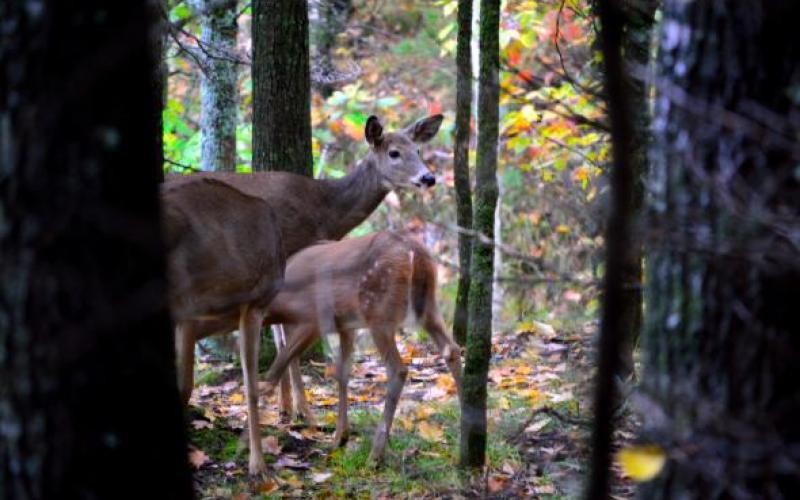 Wisconsin Deer Farmers: Walker CWD Proposals Will Put Us Out Of Business

Wisconsin deer farmers and hunting ranch owners fear they’ll be driven out of business by a plan to curb chronic wasting disease introduced by Gov. Scott Walker. And if the state forces farmers to kill their herds, one owner says taxpayers could be forced to reimburse them.

On Wednesday a press release from the governor’s office said the governor was taking "aggressive actions to combat the spread of chronic wasting disease."

The three part plan directed the state Department of Agriculture, Trade and Consumer Protection to require deer farms and hunting ranches to install "enhanced fencing" in the form of either two 8-foot high wire fences, a secondary electric fence or an impermeable wall. Walker also ordered DATCP to draft a rule banning the movement of live deer from farms in counties that have had positive cases of CWD.

For deer hunters, the governor's plan means a new rule from the Wisconsin Department of Natural Resources that bans the movement of deer carcasses from CWD-affected counties.

"We need to protect Wisconsin’s hunting traditions and long-standing heritage by working together to contain the spread of chronic wasting disease in deer," Walker said, announcing the rule changes.

Walker’s plan was quickly denounced by Whitetails of Wisconsin, an industry group for the state's 376 deer farms and hunting ranches. A press release put out by the group the next day said the proposed rules on fencing and live deer movement are redundant and unnecessary. The statement said deer farms already test their animals and contribute to research aimed at fighting CWD.

"Wisconsin has already wasted millions on bad strategies to fight CWD, and these latest proposals will cost taxpayers when the state has to defend them in court," the group said.

"Deer farmers and hunting ranches are happy to work with Gov. Walker’s administration to address CWD concerns using science and common sense," said Greg Flees, a board member of Whitetails of Wisconsin. "Gov. Walker should work together with different stakeholders, not punish small businesses who could prove to be a bigger part of the solution, rather than the problem."

The Whitetails of Wisconsin Statement went on to say that an official with the U.S. Geological Survey had said the highest risk of CWD transmission is not deer farms but Carcass movement by hunters. But USGS Emerging Disease Coordinator Bryan Richards said the groups attribution to an agency official was patently false.

"I'm aware of no data available where one would conclude that the risk of transmission from captive deer is greater or less than hunter carcass movement," said Richards.

Scott Goetzka owns the Woods and Meadow Hunting Preserve in the Jackson County town of Knapp and chairs the town board. He said while emergency rules can be drafted in a matter of months, clearing land and installing double fencing on his 600-acre ranch could take two years and would be prohibitively expensive.

"If they go through with the double fencing requirement, that part of my family business is gone," said Goetzka. "We’re out of business, we can’t afford to do it."

And Goetza claims taxpayers could be on the hook if deer farms or hunting ranches are forced to shut down and kill their animals. He likened it to how DATCP reimbursed poultry farmers during the bird flu scare or how property owners are paid when the state uses eminent domain to condemn their land for utility projects.

"If the state decides that that’s what they have to do to stop the spread of CWD, they have to make the people that have invested their livelihoods and their properties whole," said Goetzka. "They have to somehow help those people because we’ve done nothing wrong by the law."

Editors note: A link to the Whitetails of Wisconsin Press Release was removed after an official with the U.S. Geological Survey said it had been falsely attributed to the agency.