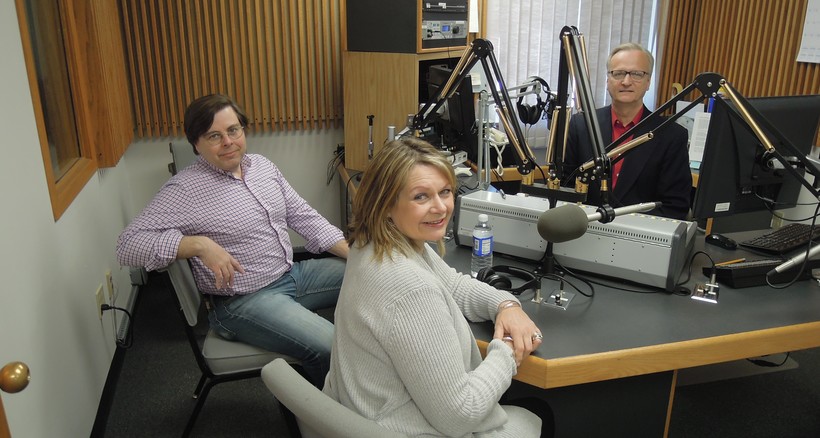 Incoming Student President Asks City If The Practice Is Legal

For thousands of students at the University of Wisconsin-Eau Claire, final exams aren’t the only thing they have to worry about this week — many are also being left homeless.

With graduation planned for May 25, and leases on off-campus apartments set to expire at the end of May, landlords have arranged time for maintenance and cleaning to get their properties ready for new tenants on June 1, leaving students off campus without a place to live and store their belongings.

"We have to be out Wednesday. And I still have finals on Thursday and Friday. I don’t have my apartment to live in. We might end up sleeping in our car at some point," said UW-Eau Claire junior Jens Calderon.

This period of cleaning apartments between leases is commonly known as homeless week in Eau Claire, and could affect up to 6,600 students who live off-campus.

But some landlords say the period between leases is needed.

"If you're a student, you're fully aware that a lot of students don't leave their apartment clean and there are damages that we have to fix and repair before the next student. And that does take time. There's no way possible that if a student moves out on (May 23) that we can have the students back in with it the way that they want it by the next day," said Lorre Johnson, owner of JCAP Property Management LLC.

She said while a quick turnover of clean rental properties would be nice, it’s just not feasible with all of the maintenance that needs to be done.

The director of housing and residence life at UW-Eau Claire said they go through a similar challenge that private landlords do with campus housing.

"I do feel the crunch because we have that same crunch in housing. We still have to fix all the things that were broken. I think the biggest frustration for our students is that they hear some landlords say that and then they come back to the apartment the next year and none of that work has taken place," Quincy Chapman said.

UW-Eau Claire is offering students in this situation some help this year, renting rooms in its dormitories for $14-$21 per night, and charging $50 to store their stuff for a week.

"Knowing that there is this increased stress we were like, 'Well, the halls are empty. Is there a way that we can at least relieve the pressure?' And so, in essence, we let them take over a student room inside a residence hall," said Chapman.

He’s asking the city of Eau Claire to look at how other college towns deal with similar situations and whether what’s happening in Eau Claire is even legal.

"As a student, I find it concerning that we are paying a full-on 12-month lease, but we are kicked out of the homes or apartments a week early, yet we are still paying that full rate" he said.

The lateness of UW-Eau Claire’s academic year, with finals ending this Friday, a day before graduation, is also a contributing factor, but for Charlie Johnson there may be bigger concerns with the situation.

"The fact that for the past four years, we’ve been on this extended academic calendar year, it does prove to be a little more difficult," he said. "But I think there are also more issues that come into play with the wording and the leasing, that students are still paying that full month even if they are kicked out earlier. Hopefully, after next year, we’re going to be going into a new academic calendar, so we can see if that does make a change."

From a landlord’s perspective, Lorre Johnson said the situation has existed for some time in Eau Claire.

"It's been like this for many, many, many years even back when I was in college. I know when we're in school we just made the best of it. It was kind of a challenge. It was fun," she said. "I don't know if I would say that we were actually homeless because we ended up crashing with somebody else that maybe renewed. So, it was just part of college and it was the experience of it all. It was a week, and we got through it," Johnson said.

While plans to fix the problem in future years are in the works, for UW-Eau Claire students like Calderon, it comes as little consolation this week.