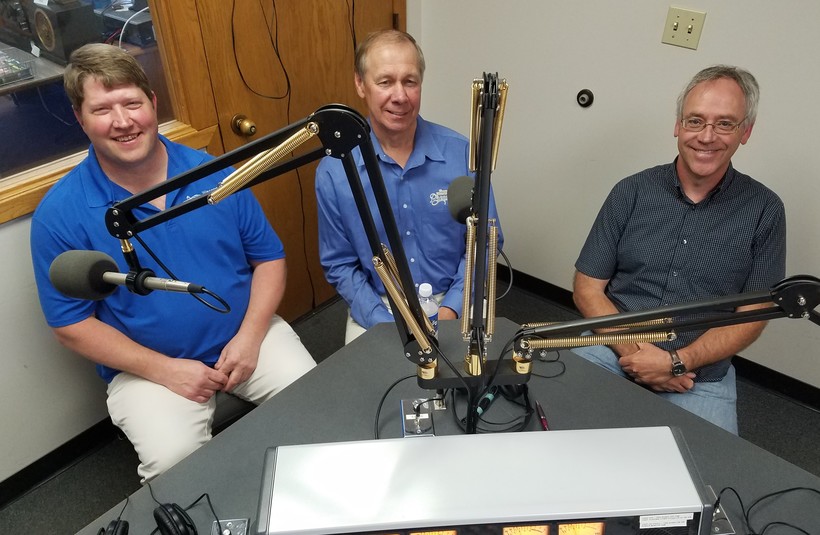 Why May 10 Matters For Wisconsin Corn Farmers

Cold, Wet Spring Leaves Many Farmers 2-3 Weeks Behind In Planting

Many Wisconsin farmers are two to three weeks behind in spring planting, and most have also missed a May 10 target to have corn in the ground, agriculture experts say.

"The university research has shown that each day after May 10 we lose a couple bushel yield and that's simply because we have to plant a shorter day hybrid or the risk of a frost," said University of Wisconsin-Extension agricultural educator Jerry Clark of Chippewa County.

Farmers say it takes most corn seeds 100 to 110 days to mature, and soybeans take 60 to 70 days from planting to harvest.

"It's not so much can we get the crop in now (as) what's the weather going to do in September?" Clark said. "If we get an early frost, that's going to be catastrophic. Now we've got a lower yield, plus we're going to have to pump some energy into drying this grain."

Wisconsin Farmers Union president Darin Von Ruden of Westby said in recent years, many farmers have been able to plant corn by April 20. He said the cold, wet spring is making a lot of farmers nervous.

"I know one of the larger (corn growers) in our area probably has a couple of hundred acres in the ground out of 5,000 acres," he said "Eventually, if we continue this wet weather, he's probably going to switch some of them acres back over to soybeans, rather than putting corn into the ground this year."

Von Ruden said soybeans can be planted by June 1. He said the weather has also meant a delay in cutting alfalfa.

Despite the slow start to the growing season, Wisconsin Farm Bureau Federation president Jim Holte of Elk Mound said the story has yet to be told on the 2018 growing season for Wisconsin farmers.

"This could turn around. We could have a warmer than average year, or it could stay quite cool, and we could struggle with moisture levels in grains and crops not maturing well," Holte said.

Holte said the late start to the growing season adds another level of anxiety for farmers who have faced depressed commodity prices in recent years and an uncertain future for exports to China because of fears of a trade war from the Trump administration.