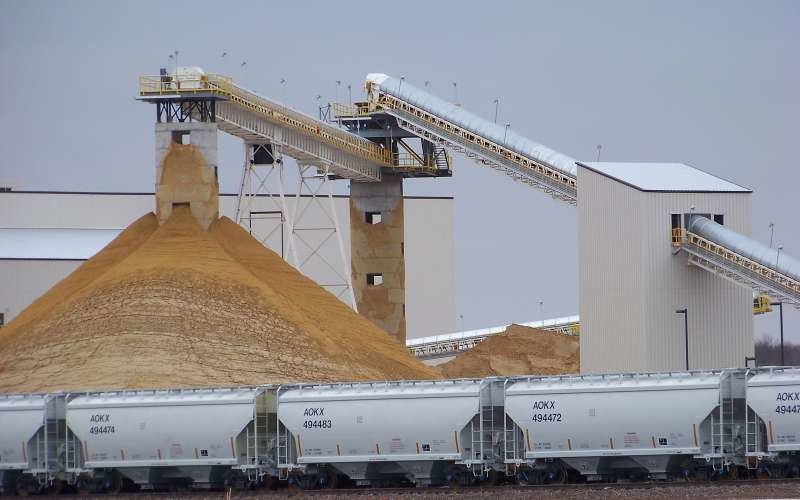 Growth In Frac Sand Industry Expected To Remain Strong Into 2019

Some Wisconsin Sand Mines Are Running At Full Capacity Again

Experts say the industrial sand mining industry is making a predicted comeback in 2018, including in Wisconsin.

Despite increased competition from sand mines opening in other parts of the country, especially Texas, sand production is returning to higher levels in the Badger state. The industry in Wisconsin was depressed in 2015 and much of 2016.

"We're projecting a very good year this year which is going to bring growth to the state of Wisconsin as well as other areas like Texas and many other areas where industrial sand mining has been going on for many, many decades," said Rich Budinger, operations manager for sand company Fairmount Santrol and past president of the Wisconsin Industrial Sand Association.

Budinger said in the last year and a half, many Wisconsin sand mines have started operating at full capacity again, and there are plans to open new mines.

Financial services company Credit Suisse tracks the frac sand and oil markets. James Wicklund, managing director of equity research with the firm, said a record amount of sand — nearly 70 million tons — was mined in the United States last year, and the industry is expected to exceed that in 2018 by another 30 million tons.

"We've invested $200 million in Wisconsin, and we're going to do everything to protect that and to make sure that those operations continue for decades," he said.

Analyst Wicklund said oil production has improved in places like west Texas, and oil producers have found that by using more sand per well, they can produce more oil.

Wicklund also said there could be a looming shortage of frac sand, but he expects that to be short-term.