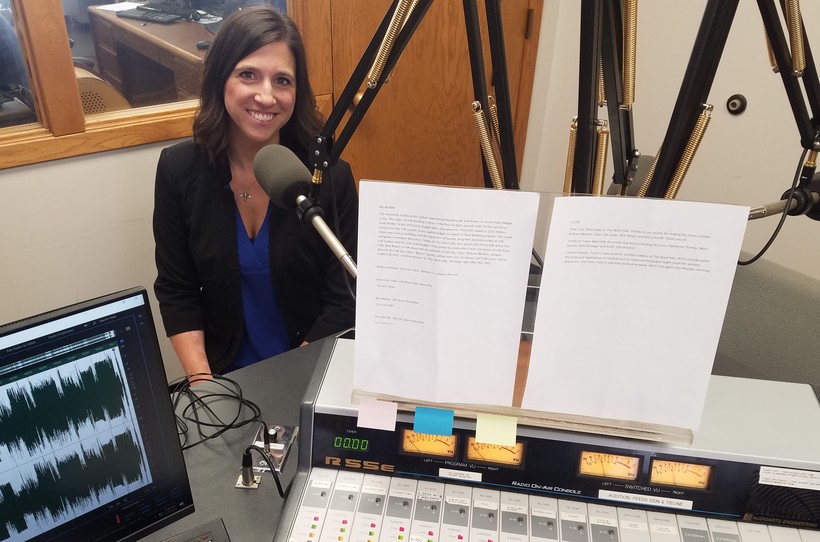 "All of us are living in one of the fastest growing areas in the state of Wisconsin," said University of Wisconsin-Stout Chancellor Bob Meyer, referring to the western part of the state. "We’re all, as institutions, trying to find ways to service that growth and provide for the talent needs that we see in the region."

Meyer raised the possible impact of an initiative called capacity building that’s included in Evers’ proposed state budget. Evers is proposing taxpayers contribute $150 million in additional money to the UW System over the next two years.

About $25 million would fund capacity building, an effort to add more students to programs that regional employers have a high need for.

"This proposal actually says to each of the campuses, 'How can you best make a difference in the region that you’re in,?” said UW-Eau Claire Chancellor James Schmidt. "I think you’ll see a variety of different proposals throughout the state. I think that’s a great approach."

For example, UW-Stout is planning to increase graduates in engineering, IT networking and computer science, biochemistry and molecular science.

"We have 50 programs at Stout. Every one of them has an advisory committee that’s composed of employers. They’re really shaping this. We know that there’s additional and growing talent needs in the region," Meyer said.

"If we think about just the last graduating class at Stout, they were 98.7 percent employed. That graduating class of 1,500 had an earning capacity of $68 million. It's largely a regional impact, our students tend to stay in the area," he said.

Schmidt said since the early 1980s, states across the country have stopped investing in higher education. He said right now Wisconsin is only paying for 15 percent to 20 percent of the cost at most UW schools.

"That’s brought us to this tipping point, so Wisconsin, Minnesota and other states are putting in these tuition freezes. I’m an advocate for accessibility, but you need to have accessibility to a high-quality education," he said.

Western Wisconsin chancellors are also hailing the proposed budget because it would mean a 2 percent salary increase for faculty and staff in both years of the budget.

That’s important for schools like UW-River Falls, which is less than 10 miles from the Minnesota border.

"To be a great university, it’s really about the people whom work with our students to provide mentorship. I think like all campuses, we have lost some talented staff and faculty to the Twin Cities," said River Falls Chancellor Dean Van Galen.

The administrators say UW System building projects in Evers’ capital improvement budget proposal are also needed to replace many aging campus facilities that were built in the 1960s.