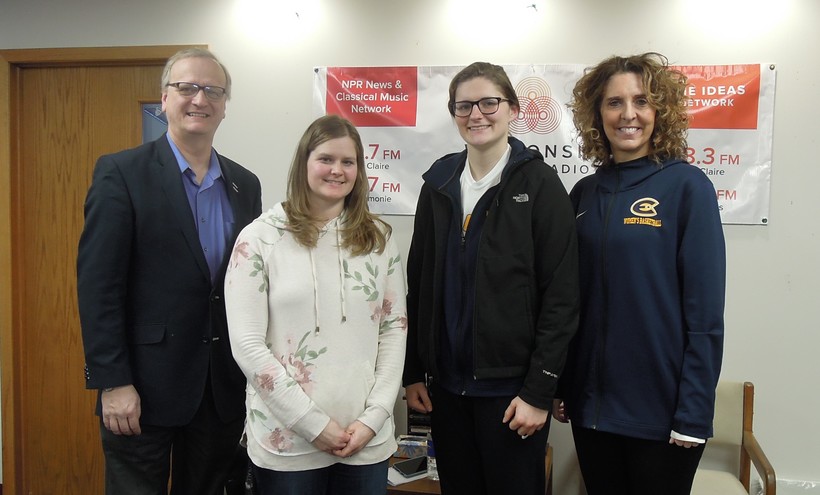 In the nearly 50 years since Title IX required collegiate and scholastic athletics opportunities for females to equal those offered to men, the sports landscape has changed. Host Dean Kallenbach explores how things have evolved and where they are going for athletes who are female with guests Tonja Englund, the head coach of the University of Wisconsin-Eau Claire women’s basketball team, UWEC women’s basketball team member Anna Graaskamp, Elizabeth Bohl, varsity volleyball coach for Bloomer High School and Jessika Rottier, assistant coach for the UW-Stevens Point women’s wrestling team.

A Decline In High School, College Sports Starting To Be Felt In Western Wisconsin

Coaches In Wisconsin Talk About Students Giving Up On Youth Sports

A survey released last year by the Aspen Institute with the Utah State University Families in Sports Lab found fewer young people were participating in team sports over a 10-year period from 2008 to 2018.

Several factors were cited for the decline in participation including increased sports specialization, burnout and the high cost often associated with playing sports.

During a discussion about women’s sports on WPR's "The West Side," people talked about the impact fewer student athletes are having on their sports.

"It’s (sports competition) starting earlier. There seems to be a feeling among players and even parents that if their child doesn't start at this time they’re going to be behind, and they won’t be able to catch up," said Elizabeth Bohl, women’s volleyball coach at Bloomer High School.

"With organized youth leagues being a booming business, that also creates issues with the amount of travel that you have fourth-, fifth-, sixth-grade teams doing and the cost becomes an issue for some families where they can’t participate as they would have years back," she said.

"The number of multi-sport athletes that I've seen in my tenure at Bloomer I think has declined. We used to share a lot of softball, basketball, volleyball type athletes, and we don't as much anymore."

"If we continue to do the specialization and have so much intense pressure on kids when they’re younger, I will never see them by the time they get to the college level because burnout is definitely a factor." Englund said. "I even have a lot of times players who will come to the university and maybe play for one year. All they’ve done their entire life is play. There comes a point when they just want to be a college student."

"I've had several friends who maybe they wanted to play a sport, but they didn’t get that opportunity because they needed to save money, or they needed to focus on something else other than that sport," Grasskamp said. "Unfortunately, that’s something that happens for people just because we may live in different situations. That’s really something that’s sad to see for me."

Bohl serves on the volleyball advisory committee for the Wisconsin Interscholastic Athletic Association. She said the decline in youth sports participation is starting to be a topic of discussion among high school coaches.

"Our discussion was purely coaches talking about what we see and what we think," Bohl said. "We don’t necessarily have any answers at this point, but it’s definitely a conversation that's being had."