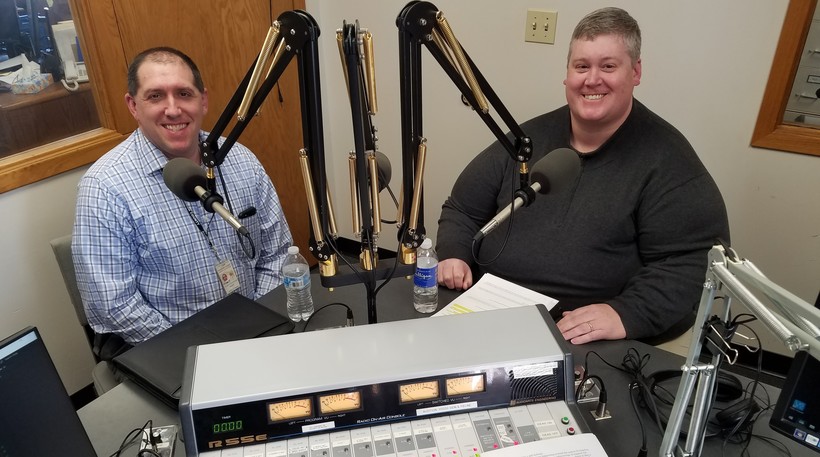 Experts: Relationship-Building Before A Disaster Key To A Good Response

While Barron County Has Seen Its Share Of Major Tragedy, Isolated Events Are Much More Common

Experts who respond to emergencies say relationship-building before an event is a key to helping communities cope with tragedy.

Barron County Sheriff Chris Fitzgerald’s department was the lead law enforcement agency to deal with the October 2018 disappearance of Jayme Closs and the murder of her parents. Jayme escaped in January after being held 88 days in captivity.

Fitzgerald was also in charge when a series of tornadoes ripped through Barron County in 2017.

"There’s something about small town Wisconsin if you want to call it that, that makes us so great," Fitzgerald said. "There’s so much care and compassion here in northwest Wisconsin, that it makes our job as law enforcement officers so great. There’s all of this negativity about law enforcement (in other places) it’s just not here."

Fitzgerald, who has been Barron County’s sheriff since 2008, said he thought his claim to fame was going to be the community response to the May 2017 tornadoes that killed one person and leveled dozens of homes in Chetek until the Jayme case occurred.

He said whether it be hundreds of volunteers helping to clean up for weeks after a major storm or 2,000 volunteers willing to look for a missing child, there is a reason why there is that response.

Fitzgerald said there are lessons to be learned from the recent major incidents in Barron County. He said people need to find a way to get to know one another.

"We from law enforcement can’t do it alone. There’s a proactive thing we have do, it’s called neighbors getting to know neighbors, and talking to each other and watching your house while I’m gone and you watch my house and you watch my kid," said Fitzgerald.

Fitzgerald said it’s a good thing to call police if someone suspects something out of the ordinary.

While storms or crimes that attract media attention are often focal points, there are far more isolated events that people need help with that often go unnoticed.

"What people don’t realize is that having a single-family house fire can be very tragic. We respond here in northwest Wisconsin to about 100 disasters a year and well over 80 percent of them are single-family house fires that you just don’t even really hear about," said Kyle Kriegl, American Red Cross chapter executive of northeast Wisconsin, which does emergency response in 17 counties.