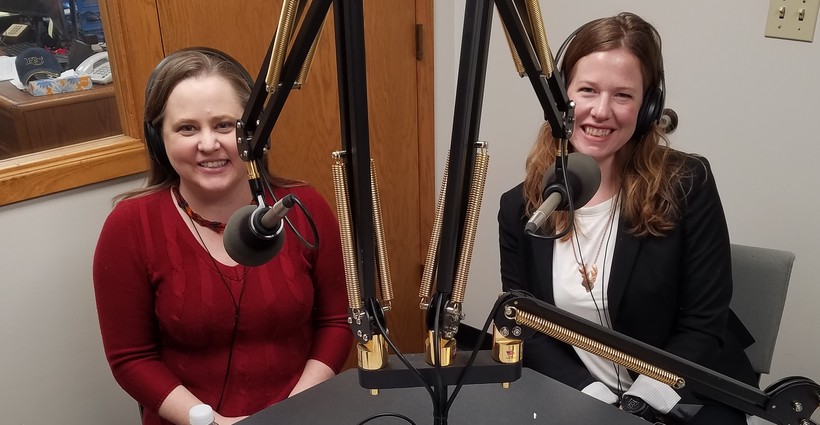 Jodi Emerson of Eau Claire considers herself a political junkie.

"The West Wing" is her favorite TV show. And she helped craft legislation to protect victims of human trafficking while working at the nonprofit Fierce Freedom.

But Emerson, a Democrat, said she hadn't thought about running for political office until her friend, another legislator, said she should go for it.

"Women really need to be asked and encouraged in order to run, no matter which party it is, or what level it is," Emerson said. "Guys jump in and women more often than not are the toe-dippers."

When the next Legislature convenes in January, Emerson will be one of seven new women in the state Assembly. While that's five more than were elected in 2017, women will make up less than 30 percent of the legislative body.

As for the state Senate, eight of the 33 state senators will be women — two fewer than after the 2017 election.

The record for most women in Wisconsin's Legislature is 37 — which occurred in both 2003 and 1989, according to state records. The 2019 state Legislature will have one fewer with 36 female lawmakers.

To balance the scales, political parties are working to recruit more women to run for office in Wisconsin, from school board to county board to the Legislature.

"We find that women do need to be asked and sometimes that ask comes in gentle pushes or a nice boot to get you motivated to jump into the fray," Moore said. "Sometimes we don’t have the confidence in ourselves that we’re the ones that can take that seat at the table. When women do get into politics, we have a unique way of approaching situations. I think we have a great deal to offer when it comes to problem-solving."

Beyond taking that first step, Emerson said there are other issues that come up for women during a political campaign — like being held to a higher standard than men.

"Whether it’s our opinions about things, whether it’s the clothes we’re wearing, how we’ve got our hair or makeup done, whatever. And it's women who are sometime picking us apart. I’d get out of a debate and I’d have another woman say, 'I really like you’re outfit,' and I’d say, 'Well, that’s great, what did you think of my answers?'" Emerson said. "I think that how do we look and how do we feel are tied sometimes together as women."

Emerge Wisconsin is another organization that recruits and trains women to run for office — but as Democrats. Erin Forrest, the organization's executive director, said young girls are socialized differently than young boys, and that they're often trained to change the world by becoming educators rather than entering politics.

But that doesn't affect their chances of winning elections she says.

"Women who run for legislative office win at the same rates as men. We do still have to work harder for it. There are still some additional barriers there, but we’re just as likely as men to win. That is something that women don’t necessarily know," Forrest said. "There is still a voter bias against women in executive office and we still have some work to do on that, but as far as legislative office and that goes from town board to U.S. Senate, women are just as likely to win as men."

Despite the challenges of her first election, Emerson has become a role model for many people.

"When I was out knocking doors, I would have old ladies who’d lived in Eau Claire all their life answer the doors and say, 'Oh, my gosh, you’re Jodi' and would start crying because when I was elected, it would have been the first time that they would have been represented by a woman," Emerson said.