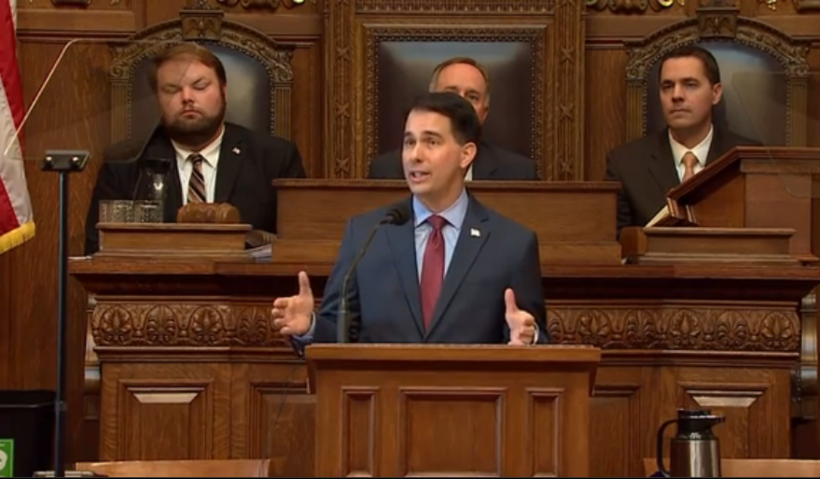 Gov. Scott Walker signs the state’s $76 billion budget into law, Assembly Democrats elect a new leader and President Donald Trump says he’s decided what to do about the Iran nuclear deal. Our guests discuss those and other top state and national political stories in the Week in Review.

Walker signed the two-year spending plan at Tuller Elementary School in Neenah nearly three months after it was due. It increases aid for public schools by $639 million and expands the private school voucher program. But one of Walker’s 99 vetoes nixed a provision that would have allowed low-spending public school districts to raise more money.

Democratic State Rep. Gordon Hintz of Oshkosh was elected this week to be the next Assembly minority leader. He’ll take over for Rep. Peter Barca who was forced to resign after his support for the state’s Foxconn incentives package. Barca’s will step down as minority leader at the end of the month.

During President Trump’s address to the United Nations General Assembly on Tuesday, he called the nuclear deal with Iran “one of the worst and most one-sided transactions the U.S. has ever entered” and an “embarrassment to the U.S.” The deal reached by Iran and global powers, including the United States, limits Iran’s nuclear capability while lifting certain sanctions. However, Trump hinted during his speech that America may withdraw from the agreement. The next day, he told reporters that he’s made up his mind, though he didn’t reveal his plans.

Do you think the state budget is good or bad for Wisconsin? What are your hopes or fears for Rep. Hintz as he prepares to lead Assembly Democrats? What would you like President Trump to do about the Iran nuclear deal? Or is there another political story from the past week you’d like to discuss? Send an email to ideas@wpr.org or call 1-800-642-1234. You can also tweet us @JoyCardinShow or post a question or comment on the Ideas Network Facebook page.