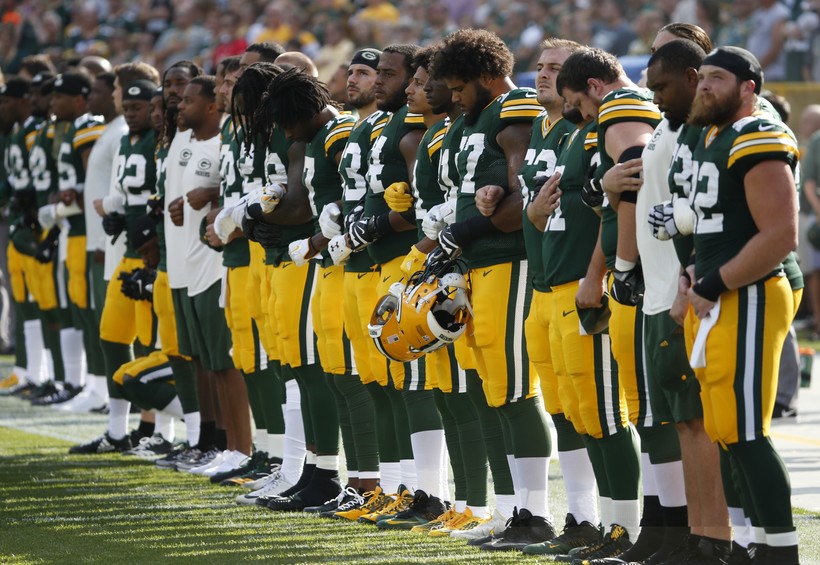 The Packers say players, coaches and staff will link arms during the national anthem prior to Thursday night’s game against the Chicago Bears. Quarterback Aaron Rodgers, who stood for the anthem and locked arms with his teammates before last week’s game against the Cincinnati Bengals, said he hopes fans in attendance will do the same as a show of equality, unity and love. All but one of the National Football League’s 32 teams staged some show of protest after President Donald Trump urged owners to fire players who “disrespect our Great American Flag (or Country)" during the national anthem.

House Speaker Paul Ryan said on Thursday that Congress “really can” overhaul the nation’s tax system before the end of the year. Under the plan introduced by President Donald Trump and Congressional Republicans this week, the corporate tax rate would be slashed, the number of individual tax brackets would be reduced, and the standard deduction used by most Americans would be nearly doubled. The plan is broad in scope, but omits many key details that will need to be worked out by lawmakers.

State Senator Kathleen Vinehout formally kicked off her candidacy for governor with a video in which she said she wants to “turn the state’s priorities upside down.” She also said she wants to make tuition at Wisconsin’s technical and two-year colleges free for everyone. Vinehout is the seventh Democratic candidate to officially challenge Republican Governor Scott Walker next year. More than a dozen others are at least considering a bid.

Would you link arms at Lambeau Field or is that disrespectful to the flag? How do you feel about the Republicans’ plan to reform the nation’s tax system? Is Senator Vinehout the right candidate to govern the state or do you support somebody else - like Governor Walker? Let us know by emailing ideas-at-wpr.org or calling 1-800-642-1234. Feel free to tweet us at-Joy Cardin Show or post on the Ideas Network Facebook page.