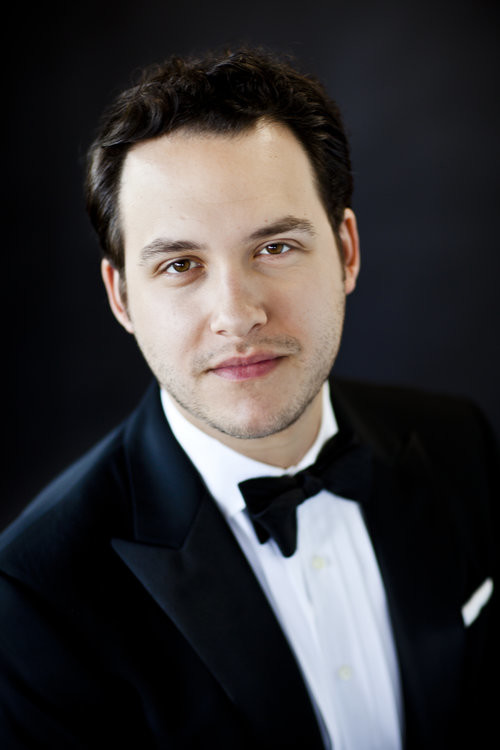 Norman talked to violinist Giora Schmidt about his professional past as well as his upcoming performance with the Wisconsin Chamber Orchestra on Friday, February 21 at the Overture center in Madison. He'll be performing Dmitri Kabalevsky's Violin Concerto op.48 and Johan Svendsen's Romance for Violin and Orchestra.

(Norman) Dmitri Kabalevsky wrote his Violin Concerto as one of a set of three “youth concertos.” What are its youthful qualities?
(Giora) Firstly it's length – not too long! It’s quite brilliantly condensed with a wide variety of material, but at under 20 minutes. The overall feeling of the piece has an exuberance that I suppose connotes “youth” but the slow movement is juicy and romantic. The finale reminds me a bit of circus music!

(Norman) Like its companion concertos, it’s fresh and cheerful, but what are its challenges?
(Giora) Funnily, I avoided the piece as a kid because my teacher at the time assigned it to many of his students and I was always one to not want to play the same pieces that my peers did.

(Norman) What were the entry level concertos for you?
(Giora) There were the concertos by Accolay, Seitz and Viotti. After that came, Bach, Saint-Saens, Lalo, Wieniawski and Bruch.

(Norman) The Johan Svendsen Romance is the composer’s most popular piece. What do you think is its appeal?
(Giora) The Svendsen Romance is new to me, but I’ve enjoyed learning it immensely – so much so that I’ve suggested to a few of my university students! To me the musical DNA is very similar to fellow Norwegian composer Edvard Grieg which I think will be familiar to many. It has a beautiful simplicity and innocence to it, but with an element of folk music from the north which gives it a certain earthiness as well.

(Norman) What was the most important thing you learned at Juilliard?
(Giora) Juilliard’s campus is New York City. Being part of Lincoln Center gives it a certain stature unlike any other conservatory I know of. The energy and speed of the city was the right place at the right time for me. From age 16 to 21 I devoured as much repertoire as I could, and practiced my butt off. I had the attitude of not wanting to waste my teachers’ time which I believe engrained a certain work ethic and discipline that I carry with me today.

(Norman) What qualities does it take to be a professional musician?
(Giora) Two words: Versatility and Entrepreneurship. In 2020 musicians need to be able to do several things well – play solo, chamber music, orchestra, teach, speak, write, and so much more. A thick skin is a necessity. If you’re doing something interesting not everyone will love it or you – and that’s good! It’s taken me a while to accept that. Art is not always for mass appeal, but if you’re authentic and honest about whatever you put out into the world, people will respond genuinely.

(Norman) What are your favorite qualities in a conductor?
(Giora) For me the best conductors communicate with their eyes, breath, bodies, and hands. The baton itself is almost irrelevant. The baton is simply an amplifier. One of my favorite videos is of Leonard Bernstein conducting the Vienna Philharmonic with his eyes ONLY – hands by his side. It’s completely mesmerizing. When I’m on stage as soloist, my most memorable collaborations have been with conductors where eye-contact is almost unnecessary. They anticipate what I’m going to do based on what they hear I’m doing – tempo, phrasing, overall style – and transmit that to the orchestra. When it really works and we’re all in the groove, 50-80 people on stage turns into a complete feeling of chamber music. We just ride that musical wave and focus on communicating the music to the audience which for me is the number one thing we’re on stage to do!

(Norman) Commercial considerations aside, what would be your dream piece to record?
(Giora) I’ve always wanted to make a concerto record pairing the Barber and Brahms violin concerti which both have 2nd(slow) movements with stunning oboe solos before the solo violin enters.

(Norman) Do you still practice scales?
(Giora) I definitely practice scales, often in a variety of formations. Always some version as warm up, and also in the repertoire I’m currently playing. So many of the pieces we play are filled with scales and arpeggios that if those patterns are in our fingers it not only keeps you in shape, but also cuts down on practice time. With twin babies every spare minute with them counts!