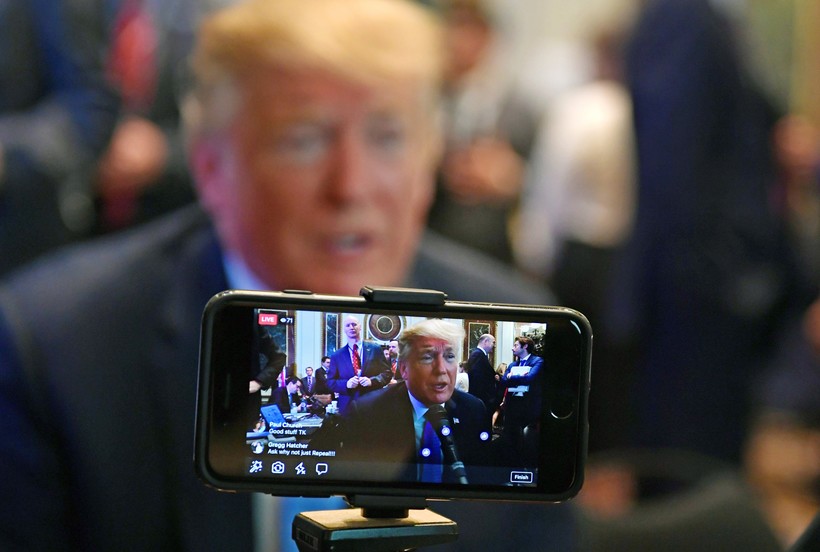 President Donald Trump is warning Republican Sen. John McCain after a speech Monday in which he questioned the White House’s "half-baked, spurious nationalism." We discuss the latest flare-up in their ongoing feud. We also look at other national political issues, including tax reform and a new poll showing trouble for Republicans in next year’s midterms.

McCain was presented with the Liberty Medal in Philadelphia on Monday night. In his remarks, he warned against the U.S. surrendering its international leadership.

"To abandon the ideals we have advanced around the globe, to refuse the obligations of international leadership for the sake of some half-baked, spurious nationalism cooked up by people who would rather find scapegoats than solve problems," he said, "is as unpatriotic as an attachment to any other tired dogma of the past that Americans consigned to the ash heap of history."

In an interview the next day with a Washington radio station, Trump suggested McCain tread carefully, saying that at some point, he will “fight back and it won't be pretty.”

Meanwhile, Trump’s legislative affairs director Marc Short is calling on Congress to pass tax reform this year yet and “turn this economy around.” Trump and Senate Majority Leader Mitch McConnell said on Monday that they may need more time, but House Speaker Paul Ryan said in Madison that he is “bullish” Congress can get it done in 2017.

A new CNN poll shows Democrats leading Republicans 51 to 37 percent in a generic Congressional ballot. It also has Trump’s approval rating at 37 percent. However, White House Press Secretary Sarah Huckabee Sanders said in a radio interview that Trump’s first nine months as president have been “incredibly successful,” that the rest of his term will be “equally as successful,” and predicted that Americans will be “begging for four more years.”

What do you make of Trump’s “America First” policy? How do you feel about the Republicans’ tax reform plan? What do you think of the job Trump has done in his first nine months in office? Call us at 1-800-642-1234 or email ideas@wpr.org. You can also tweet us @wprmornings or post on the Ideas Network Facebook page.