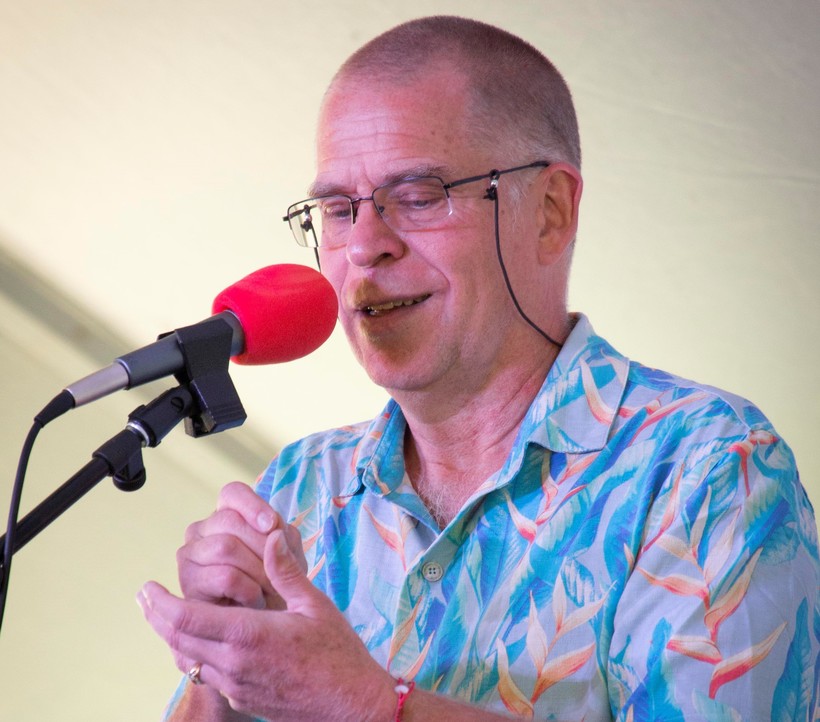 Ross welcomed fiddle player Kevin McMullin, a Wisconsin musical mainstay for decades as a soloist and collaborator with groups like Duck for the Oyster and Take 3 to the show to sample new music and discuss his career. McMullin is back from a professional hiatus, touring with a one-man show called “Into the Black Sea: Stories of Darkness and Light” which he will be performing at 7 p.m. on Saturday, Sept. 21 at the Unitarian Universalist Congregation at 421 S Farwell St in Eau Claire.

Ben Wuamett and Jeremy Asay from the Portland, Ore. band Ezra Bell visited with Ross in anticipation of their upcoming local show. The unique six-piece ensemble is rooted in folk, rock, blues, jazz, R&B and pop. They play at 7 p.m. on Wednesday, Sept. 18 at The Plus at 208 S Barstow in Eau Claire.

Special Correspondent Katharine Thomas spoke with Tracy Tabery-Weller, director of programming, to explore all the details of the 2019 edition of the Flyway Film Festival, which is returning to venues in Stockholm and Alma along the upper Mississippi river valley. The festival will take place from October 10 through 13.