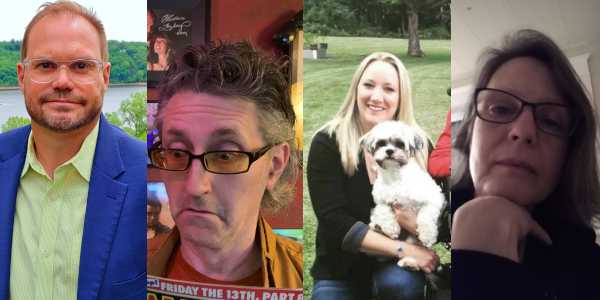 Heagle discusses his book “Class of 1988: Fright Film Annual.” It documents over a hundred horror films released in 1988 and was recently published in anticipation of Halloween.

Darby Lunceford, the new executive director at the Phipps Center for the Arts in Hudson, shares what it is like to lead an arts center during one of the most challenging times in recent years.

Rebecca Kilde, communications coordinator for the IFLS Library System, talks about the libraries and their schedules, as well as the innovative things they are doing to make life bearable and more enjoyable during this pandemic. IFLS has 54 member libraries in a ten-county area of western Wisconsin.

Jennifer Hinze, spokesperson for and mother of Augusta entrepreneur Nick Napolitano, tells the story of how her son’s dog treat business, Nick’s Dog Treats, became so successful, and sharing about their current operations.