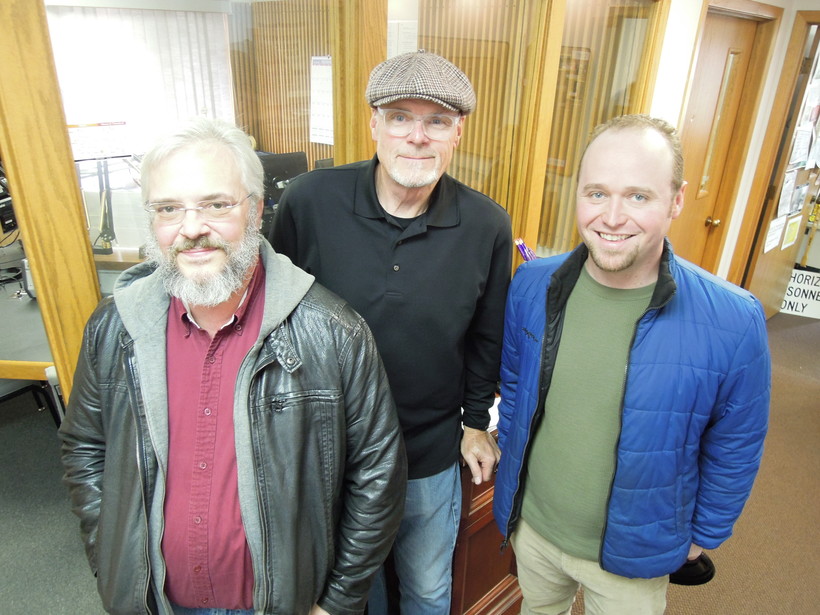 Two musicians who will perform at the Stage Fright 8 concert in Eau Claire will talk about this year’s show Thursday, November 9, 2017 on Spectrum West, which aired on Wisconsin Public Radio’s Ideas Network at 10 a.m. on 88.3 WHWC-FM/ Menomonie-Eau Claire and 88.7 WRFW-FM/ River Falls. The program also previewed concerts by the Red Cedar Symphony in Chetek and Rice Lake, the annual Chippewa Valley Symphony Christmas Stroll in Eau Claire, and a comedy performance by a Menomonie native.

Host Al Ross spoke with Luke Fischer and Billy Angell, who will be among a group of performers participating in Stage Fright 8, with two shows Wednesday, November 22 at the Metro (located at the former Boys and Girls Club) in downtown Eau Claire. The theme of this year’s show, which features a number of high profile western Wisconsin musicians, is a tribute to “The Last Waltz,” a concert and documentary by and about The Band, an iconic rock band of the 60’s and 70’s.

The Red Cedar Symphony begins its new season this month. Kevin Peters, the symphony’s artistic director, joined the show to talk about the group’s fall concerts, November 11 at Chetek Lutheran Church and November 12 at Bethany Lutheran Church in Rice Lake.

John Thorpe, organizer of the annual Chippewa Valley Symphony Christmas Stroll, visited with Ross about the 2018 event. The fundraiser put on by the Friends of the Symphony takes place Saturday, November 18.

Comedian Tim Harmston joined Ross to preview his performances at The Plus in downtown Eau Claire on Saturday, November 11 at 7 p.m. and 9 p.m. Harmston also discussed the material in his upcoming album, which will be recorded live at during his show at The Plus.