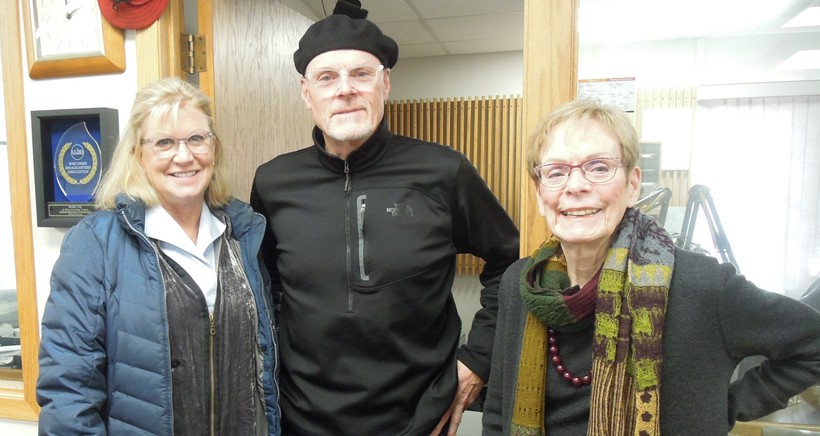 WRFW founder Lorin Robinson talked with Ross about the 50th birthday of WRFW, a WPR affiliate in River Falls. Robinson and Ross will discuss the history of WRFW and the approaches used to create a high quality student-produced radio show.

Correspondent Jim Oliver visited with Roger Sweeney, director of the Theatre in the Woods production of “A Nice Family Christmas.” The show will run from Nov. 30 through Dec. 9 in the Quam Memorial Theater in Shell Lake.

Jo Ellen Burke is launching a new program called “Women Writers on Wednesdays,” which will be held on the first Wednesday of every month at 200 Main Art & Wine in downtown Eau Claire. The first guest author for the program is Cathy Sultan, author and Middle East expert. Both Sultan and Burke joined Ross on-air to talk about the event’s concept and Sultan’s most recent novel, “Damascus Street.”