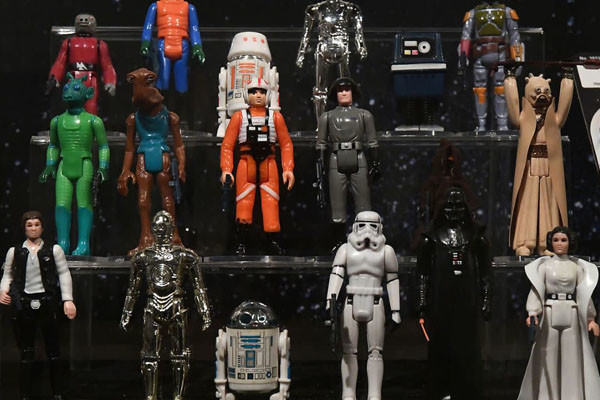 Photo courtesy of Star Wars: The Nostalgia Awakens at the Chippewa Valley Museum in Eau Claire.

This week on ‘Spectrum West’ host Al Ross welcomes Dave Pieterick of Ray’s Place Bar, located on Water Street in Eau Claire. The show also features an interview about the U.S. National Kubb Championship, a new exhibit at The Chippewa Valley Museum about Star Wars and the current and upcoming seasons at the Heyde Center of the Arts in Chippewa Falls.

Pieterick, proprietor of Ray’s Place, iconic Water Street watering hole in Eau Claire, is joined by his sister, Sue Johnson and his wife, Sandy to reminisce about the history of the place. Ross visits the back room of the bar to talk about its patriarch, Ray Pieterick, who bought it in 1949 and raised 8 children in the home above the tavern. His youngest son Dave took over 40 years later and all is much the same, including the small, but popular menu.

Eric Anderson is the director of the U.S. National Kubb Championship, held each year in Eau Claire, the Kubb Capital of North America. He shares his personal history with the sport, how its roots are deeply planted in the area and details behind its enjoyment, including how to participate during the indoor season.

Through the end of the year, The Chippewa Valley Museum is home to a collection of memorabilia called Star Wars: The Nostalgia Awakens. Ross visits the museum to observe the collection, and talks with Communications Specialist Olaf Lind about the collection and upcoming special events tied to the exhibit.