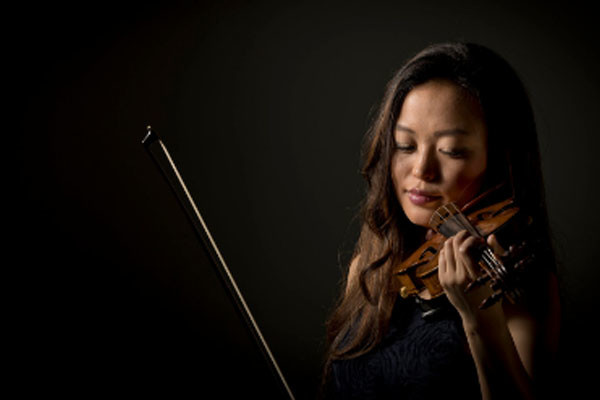 This week on ‘Spectrum West’, 10 a.m., host Al Ross welcomes violinist Eunice Kim, who will be making a guest appearance with the Eau Claire Chamber Orchestra on Nov. 20 at the Pablo Center at the Confluence. Kim is the principal violinist with the St. Paul Chamber Orchestra. Ross and Kim will talk about her work and what it's like to play Beethoven’s Violin Concerto, which she will be performing with the ECCO.

Cathy Reitz joins Ross for a conversation about using music and singing to inspire people with memory loss. Reitz is the founder and director of Stand in the Light Memory Choir, an organization that does just that. The group is performing “We Stand Together” at 6:30 p.m. on Nov. 18 at Lutheran Church of the Good Shepherd in Eau Claire. The event, which will be a hybrid live and virtual concert, is a celebration of having survived the pandemic.

Musician and songwriter Pat Donohue stops by for a chat. Many remember Donohue as the guitarist with the All-Star Shoe band on ‘A Prairie Home Companion’ for many years. He has also wowed audiences with his live solo performances. “We’re visiting with Pat, certainly, to share his massive talent but he also has a tendency to musically brighten our day,” said Ross.

“Conversations in Color” is a radio program launching its second season in western Wisconsin on Converge Radio 101.9FM-Eau Claire. Selika Ducksworth-Lawton, University of Wisconsin-Eau Claire history professor and president of Uniting Bridges will talk about the program, where it’s gone since its beginning in July 2020, and the expansion of topics planned for the new season.