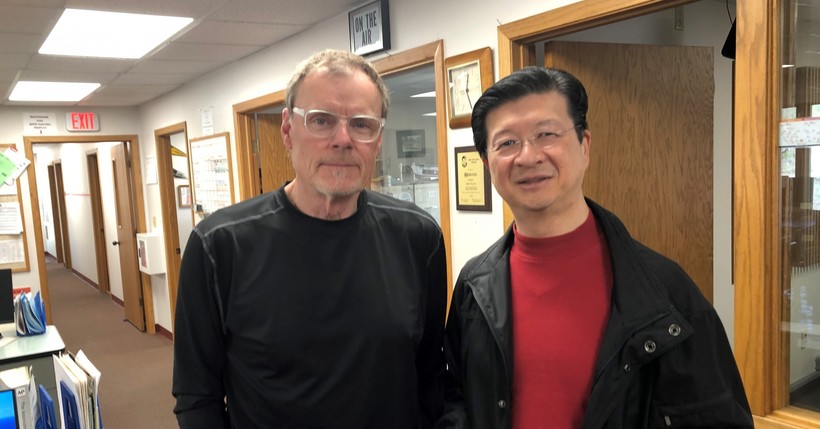 Special correspondent Jim Oliver welcomed back Wisconsin author Jerry Apps for a conversation about his new book “The Civilian Conservation Corps in Wisconsin: Nature’s Army at Work.” The book tells the story and creates a map of how the Conservation Corps planted trees and cut trails, effects of which can still be seen upon the landscape today.

Host Al Ross talked with Iron Boy’s Dylan Jennings. The Native American contemporary drum group performs with the Bizhiki Culture & Dance Company at 7:30 p.m. on Saturday, May 18 at The Pablo Center at the Confluence.

The Chippewa Valley Symphony Orchestra wraps up its season with a concert called “In Dynamic Company.”  Music director Nobu Yasuda stopped by the studio with details about the performance, which includes Beethoven, Tchaikovsky and a Carl Orff piece that will feature a choir of over 80 area singers.

Andrew Walesch, St. Cloud native, singer and pianist, brings his 10-piece Twin Cities big band to perform a sold-out concert at the Phipps Center for the Arts in Hudson. Ross talked with Walesch and sampled some of his music in anticipation of the show, which is at 7:30 p.m. on May 11.