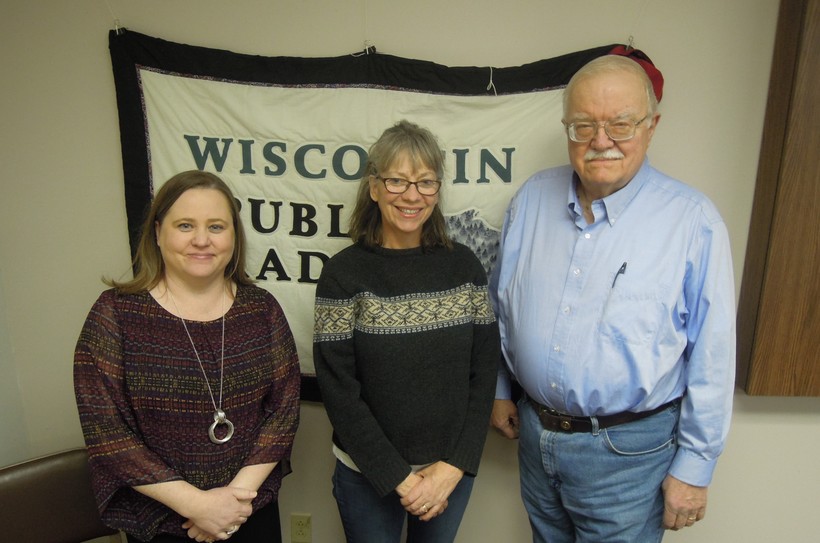 Ross spoke with Doucet, a founding member of the internationally-popular Cajun/Zydeco band BeauSoleil, which will be appearing Saturday at the Mabel Tainter Center for the Arts in Menomonie. With 42 years of experience, Doucet is credited with rescuing the genre after its relevance diminished during the popularity of R&B and rock and roll in the 60’s and 70’s. Spectrum West will also feature music from BeauSoleil avec Michael Doucet’s album “From Bamako to Carencro.”

Gary Schwartzhoff, musical director of The Master Singers, was also be a guest on the show. The singing group will conclude its silver anniversary season with Lux Aeterna, a concert featuring area high school vocalists and the Eau Claire Chamber Orchestra. The spring concert is March 18 at the First Congregational United Church of Christ in Eau Claire.

Correspondent Jim Oliver was joined by Eau Claire playwright Jane Jeffries who will be staging “Arrivals and Departures,” a work divided into 12 scenes that tells stories of people in airports. The production will be a fundraiser for Fierce Freedom, an organization that engages against human trafficking in Wisconsin. Jodi Emerson, Fierce Freedom director of public policy and community relations, also joined the conversation. The play will run through Saturday, March 10 at Valleybrook Church in downtown Eau Claire.

Ross also spoke with Sue Thesenga, who is external communications manager for the American Red Cross. March is National Red Cross Month. Thesenga discussed the consistent need for blood, the recent shortages and the opportunities to donate blood in western and northwestern Wisconsin in March.