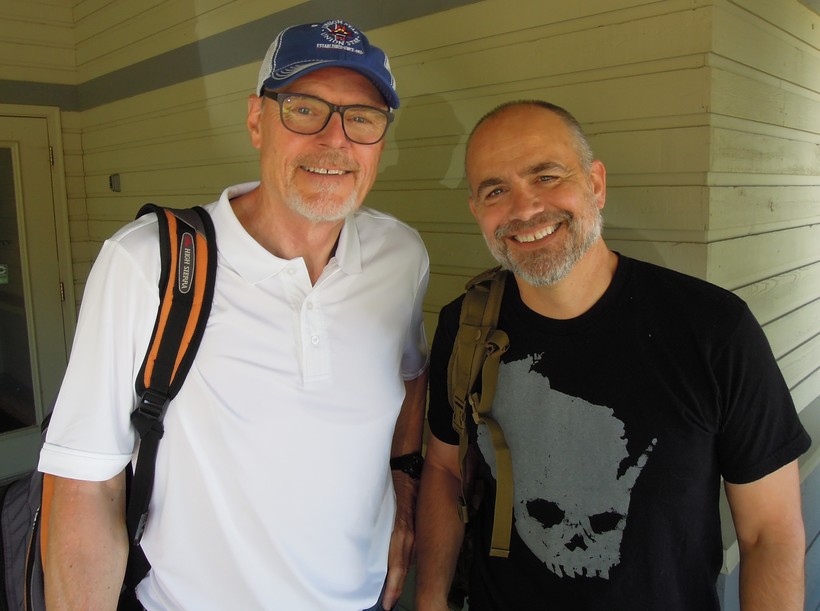 Al Ross and Michael Perry standing in front of the Eau Claire WPR office in June of 2017.WPR/Kate Spranger

Host Al Ross shares a visit at the Fall Creek home of writer Michael Perry prior to his March 13 appearance at the Worden Avenue Exchange in Ladysmith. They talk about the event and get an idea of what he is working on and how he goes about his craft.

Gary Schwartzhoff, director of The Master Singers, joins Ross to talk about the group’s annual spring/Easter concert. This year’s performance, entitled “Choral Images: Lux: The Dawn from on High” will take place three times. Two concerts will occur in Eau Claire, at 2 p.m. on Sunday, March 15 at the First Congregational United Church of Christ and at 7:30 p.m., Saturday, March 21 at the Pablo Center at the Confluence. At 4:30 p.m. on Saturday, March 14, The Master Singers will perform the concert at the Basilica of Saint Mary in Minneapolis, Minn.

Guitarist Lucas Fischer from Eau Claire, a member of the band Poor Man’s Ridge, joins Ross to sample music from the group’s newest self-titled album. Fischer has played in several other regional bands such as Rhythm Posse, Code Blue and Eggplant Heroes.