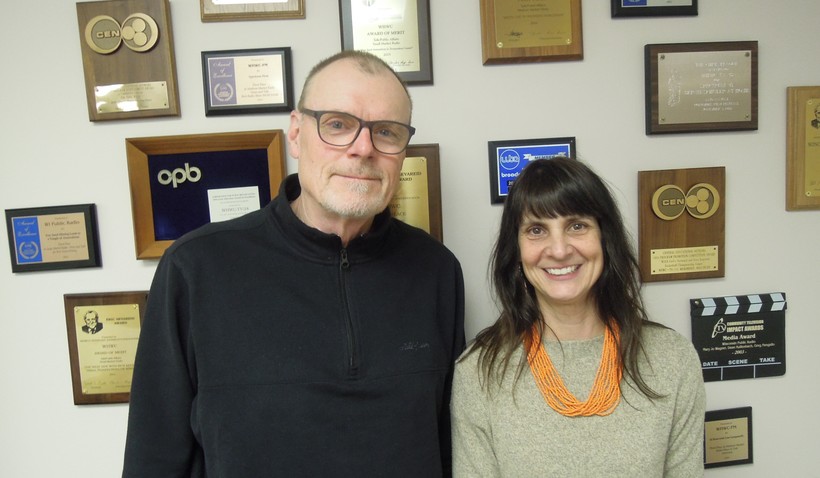 The organizer of the 6th annual Eau Claire Improv Festival, Amber Dernbach, talked with host Al Ross. They were joined by a member of The Second City, the Chicago-based legendary comedy theater. The Second City “Improv All-Stars” will perform at the April 14 event at The Metro in downtown Eau Claire, along with other improv groups from the region and Twin Cities.

The show also welcomed John Gregor, photographer and proprietor of ColdSnap Photography in Two Harbors, Minn., which specializes in conducting workshops and photography education. Gregor will coordinate a workshop entitled “Landscape Light: Capturing the Heart of the River” April 20-22 at the Phipps Center for the Arts in Hudson.

Jim Oliver and director Wayne Marek discussed the Eau Claire Children’s Theatre production of “Charlotte’s Web.” The musical will be staged at the State Theatre from April 6-8 which will include the Barnyard Bash family event prior to the Saturday matinee.

The Chippewa Valley Jazz Orchestra presents the “Friday Funktacular Backstage Show” at 7:30 p.m. on March 30 at the State Theatre. The show will feature the great horn bands’ music of the 70’s and 80's. Founding member and percussionist Geoff Peterson joined Ross in the studio.