Judy, a listener from Franklin
Spectrum West with Al Ross 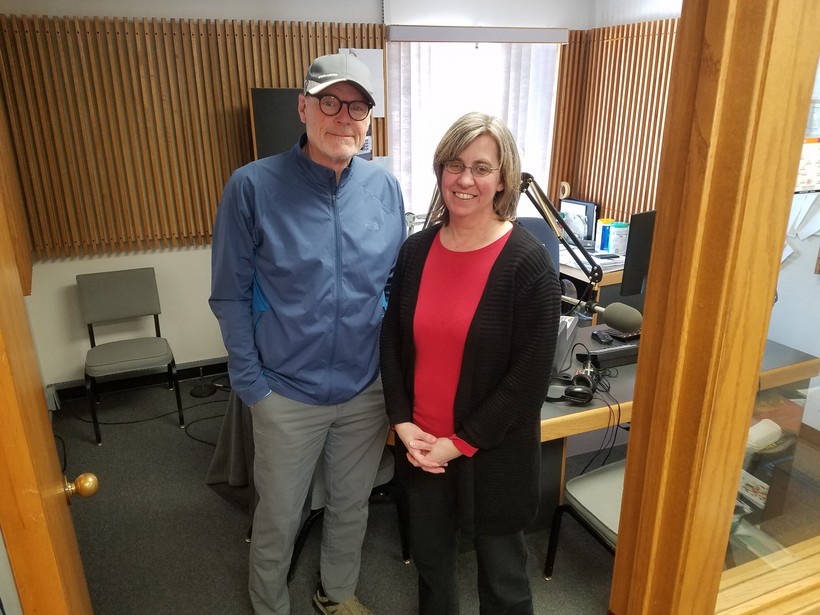 Al Ross talked with violinist Lindsay Deutsch and pianist Christopher O’Riley about the performance of Take 3 at the Heyde Center for the Arts in Chippewa Falls. They will join cellist Lila Yang for a concert sponsored by the Chippewa Valley Cultural Association Thurs. Apr. 4, with music ranging from classical to pop and jazz.

The Chippewa Valley Museum is receiving a National Endowment for the Arts grant, and will be applying it to an exhibition that will document the musical heritage – past and present – of western Wisconsin. Carrie Ronnander, museum director, and Joseph O’Connell, folklorist and music specialist, joined the show to talk about the process that will culminate in the “Sounds Like Home” exhibit slated to open in the spring of 2020.

Special Correspondent Jim Oliver visited with Paul Calenberg of UW-Stout Theater, director of Picasso at the Lapin Agile, an absurd comedy written by Steve Martin. The theater will perform the play Apr. 5-19 in Harvey Hall.

The show also included a preview of the 18th Literacy Chippewa Valley Scrabble Bee.  It’s the major fundraiser for LCV, and takes place Thursday April 18 at the Pablo Center at the Confluence in Eau Claire.

Ross also provided an update on Eric Lee, the Eau Claire visual artist who has been invited to the 2019 Venice Biennale, and the groundswell of financial support that the community has provided to get him to Italy to take part in the event.