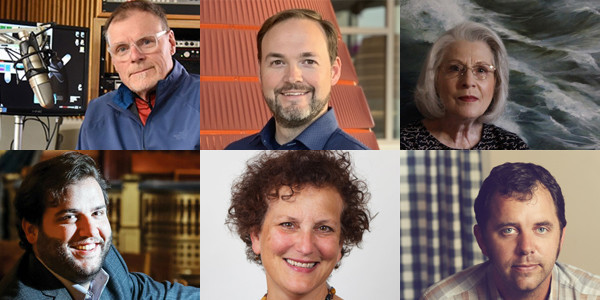 Easing pandemic restrictions bring back live arts events, several of which are discussed on “Spectrum West."

On both sides of the St. Croix River in the towns of Stillwater and Bayport, Minn. and in Hudson are the eight galleries participating in this year’s Art Opener St. Croix Valley Studio Tour happening June 18-20. Charlotte Schuld, an organizer and participating artist, visits with host Al Ross this week to highlight the various offerings attendees can expect as they visit the galleries and meet the artists.

Every year on the summer solstice music is celebrated locally and internationally with performance, teaching and interaction with music in an event called Make Music Day. Anne Katz, director of Arts Wisconsin in Madison and Evan Middlesworth, director of Artistic Programming at Pablo Center at the Confluence in Eau Claire join Ross to talk about their various communities’ plan for celebrations on June 21.

Live entertainment is returning to the area’s theaters. Menomonie’s The Mabel Tainter which has been largely shuttered will soon be open again, as will Pablo Center at the Confluence in Eau Claire. Executive Director of The Mable Tainter Lucas Chase will visit the show to talk about their season which is scheduled to begin mid- September. Jason Jon Anderson of the Pablo will return to outline his hopes for the venue’s fourth season including some reschedule and many new exciting events.