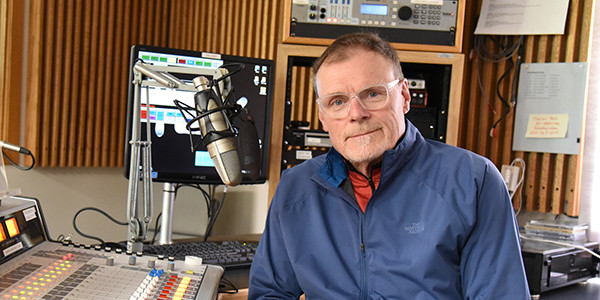 Host Al Ross welcomes Poundstone to the show to catch up on what she has been doing since they last spoke in 2019. She will be previewing her upcoming appearances in Wisconsin, both at Big Top Chautauqua in Bayfield on Aug. 14 and at The Mabel Tainter in Menomonie in March.

Long-time friend of the show Jerry Way joins Ross from Chippewa Falls to talk about his upcoming performance of a retrospective musical revue called From The Heart. Postponed from last year, Chippewa Falls’ Heyde Center for the Arts will hold the performances on Aug. 12-13. Featuring Way’s group The Swampers, the show will feature visuals as well.

Rice Lake’s Red Cedar Symphony Orchestra is kick-starting its fall season with an outdoor concert, Strings Under the Stars, on Tuesday, Aug. 3 in the Veterans Park in Rice Lake. Ivar Lunde, Jr., music director of the symphony, joins Ross to preview the concert and talk about the fall concert series.