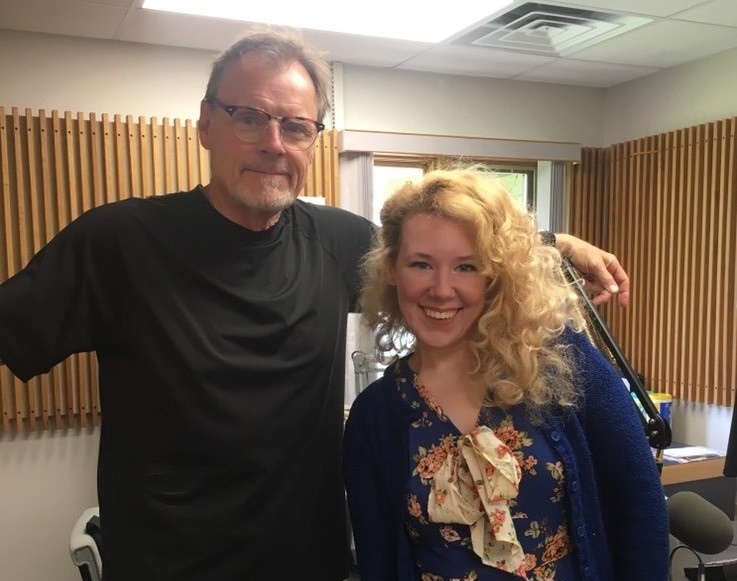 Michael Heagle, professor of entertainment design and time-based media at UW-Stout, joined Al Ross to discuss the first book of his series on retro media phenomena, “Synthesizers and Saxophones: Montage Pop and Musical Movies of the 1980’s.” Heagle also talked about his educational department, the 1980’s era, and what’s next with his book series.

Beth Jean of Eau Claire, creator of children’s music and videos, joined the program to share the aspects of her entertaining world. After writing pop songs for MTV and E!, Jean continues to write and perform music as well as film, animate and edit videos for her original children’s songs.

Correspondent Jim Oliver shared a conversation with Nancy Scobie, director of the Heyde Center for the Arts production of the musical “Oliver!” opening July 18 and running through July 21.

Kristin Smith Procter, artist and coordinator of the Stockholm Art Fair, joined the program by phone to discuss the popular day filled with art, food and music. The 46th anniversary will be held on July 20 in the Village Park along the banks of the Mississippi River in Stockholm.