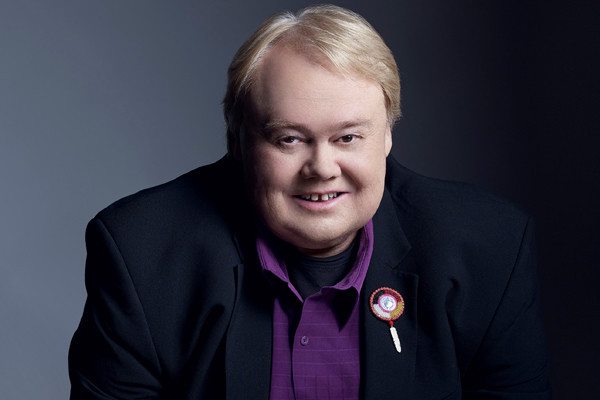 Anderson, an occasional guest on “Spectrum West,” passed away last Friday, Jan. 21. Ross remembers the life of, and conversations with the award-winning comedian/actor on the show. Friends of his, local comedians Mary Mack and Tim Harmston, join Ross to share their memories.

Orfield has a new group, Take That Back, formed with woodwind musician Joan Hutton, who lives in Minneapolis. They just released a new self-titled album. The two visit Ross to talk about the compilation of original music.

UW-Eau Claire’s First Friday Concerts, performed by university faculty, have begun for the year with a performance at 7:30 p.m. on Feb. 4, in the Clearwater Room at Pablo Center at the Confluence. Piano Professor Nicholas Phillips with Lori Cruciani, Namji Kim and Alexander Woods, will play an evening of piano duets. Phillips joins Ross on the show and talks about the performance and samples one of the featured pieces.

The UW-River Falls student theater group the Masquers presents the play, “Wonder of the World” from Wednesday, Feb. 2 through Saturday, Feb. 5 in the Blanche Davis Theatre of the Kleinpell Fine Arts Building at the UW-River Falls campus. Ross talks with the director of the show, Flora Sherr-Nelson, a senior from Stillwater, Minn. and with Masquers Advisor and Associate Professor of Stage & Screen Arts, Jennifer Sansfacon.