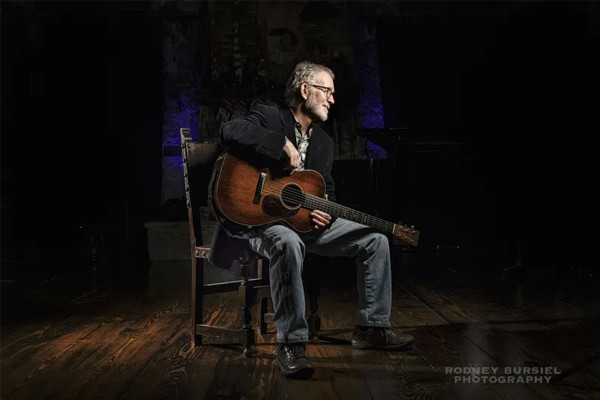 “Spectrum West” host Al Ross visits with John Smith, the Trempealeau singer/songwriter, who has a new album: “Backroads.” The show also includes interviews with an Altoona choir director, the Executive Director of The Mabel Tainter in Menomonie and a closer look at the 2022 Art Shanty Projects festival at Lake Harriet in Minneapolis, Minn.

Ross welcomes Smith to the show to talk about the inspiration behind his new album, the musicians involved in the process and Smith’s first foray into crowdfunding. The two will also listen to samples of some of the music, including the title tune “Backroads.”

Kate Larson, once a Minnesota-based music educator, has recently moved back to her hometown of Altoona and directs the auditioned choir Chorale á NouvEAU. It was founded in 2019, but is just now getting its legs after a long string of pandemic interruptions. Larson will share the history of the group with Ross, and the two will preview their Jan. 22 Eau Claire performance.

After Big River Magazine mentioned them in their current issue, Ross decided to get more information on Art Shanties. Jan. 15 through Feb. 6 on Lake Harriet in southwest Minneapolis, Minn., also known by its Dakota name Bde Unma, this unique venue will have these artist-designed shanties as part of a festival that also includes music, theater, dancing and skating. Artistic Director of the festival, Erin Lavelle, joins Ross to share highlights and details.

Lucas Chase, executive director of The Mabel Tainter in Menomonie will share highlights of what is coming up in 2022 at the theater. Stage shows include tributes to John Denver, comedy, some iconic music groups and storytellers.