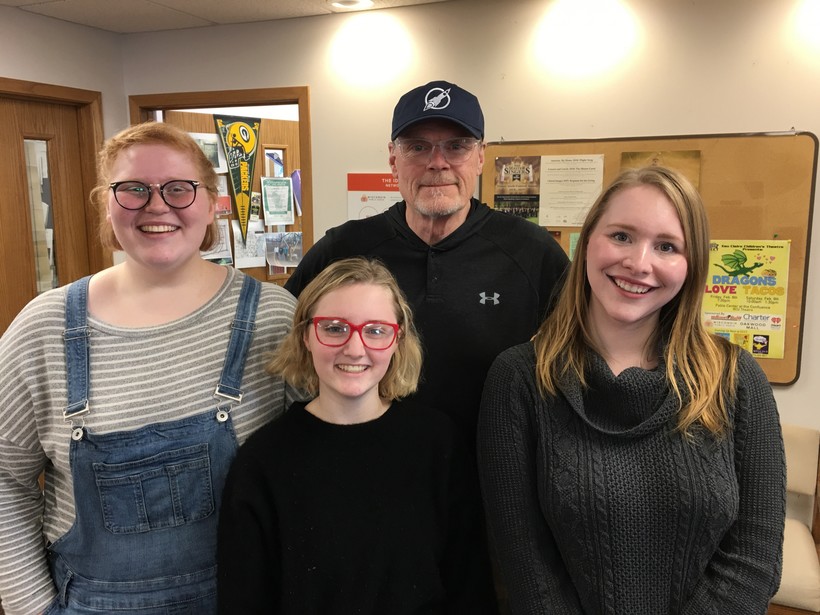 Ross welcomed artistic visionary Eric Lee back to the show to talk about the roads that led to his invitation to the 2019 Venice Biennale, which is one of the most notable events in Italy, and what lies ahead in his future career.

Caragan Hollenbeck, Josie Butzler and Emily Ruth, students from Memorial High School, talked about their original play “Traffick,” which addresses the issue of human trafficking in the U.S. Performances will be held at 7:30 p.m. on Friday, March 1 and Saturday, March 2, and at 1:30 p.m. Sunday, March 3 at the Haas Fine Arts Center in Eau Claire. The play was written and produced by MHS students.

Special Correspondent Jim Oliver spoke with Ann Turner, director of the Spring Valley Stagehands production of “The Boxcar Children.” The show is about four orphaned children who make a home for themselves in an abandoned train boxcar. Performances will take place Thursday, Feb. 28 through Sunday, March 3 at the Spring Valley Theatre.

Dr. Eric Kasper, UWEC associate professor of political science, returned to the show for the second half of a two-part conversation on his recently published book “The United States Constitution in Film: Part of Our National Culture.”