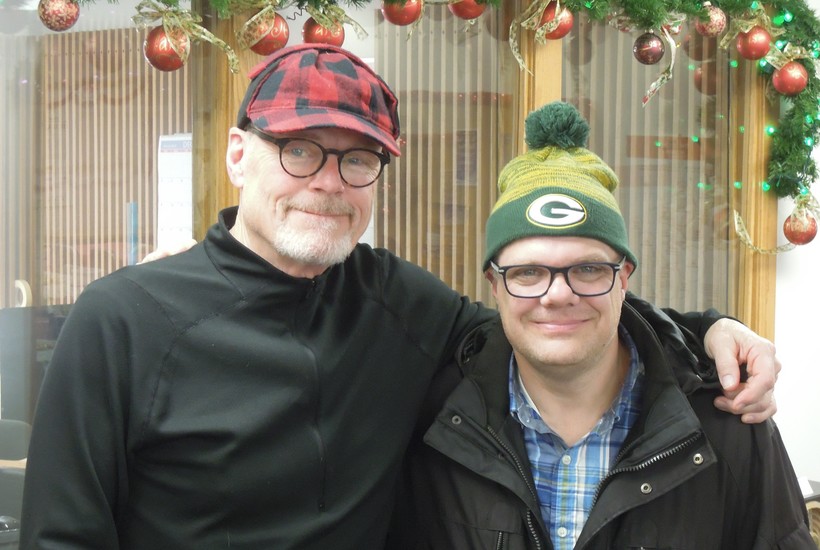 Bill Miller, a three-time Grammy Award-winning Mohican (Mahicanuk) Native American from northern Wisconsin, joined Ross to talk about his career as a songwriter, flute player, activist and visual artist. The two sampled Miller’s music and explored what inspires him. They also discussed his upcoming appearance on “The Big River Radio Wave Best Christmas Show Ever…Again” which will be broadcast at 8 a.m. on Christmas Eve, Monday, Dec. 24 and 7 p.m. on Christmas Day, Tuesday, Dec. 25.

Tim Harmston also visited with Ross to talk about a comedy show to raise money for The Dunn County Humane Association taking place on Saturday, Dec. 29. The fundraiser is called “Guffaws for Paws” and sponsored and hosted by Stout Ale House, which is located in the Shops Off Broadway Mall in Menomonie. Twin Cities-based comedians Wendy Maybury and Brian Miller will also be featured at the show.

Guest Correspondent Katharine Thomas joined Spectrum West as Jim Oliver will be taking some time off during the holidays. This week she shared a conversation with Emily Anderson about her new book “Fifteen and Change” which she released under the pseudonym Max Howard. Anderson, an Eau Claire resident and member of the city council, discussed her inspiration for the book’s premise and its unique format.