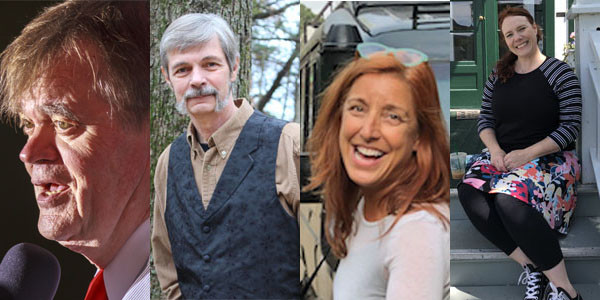 Keillor, who for years hosted public radio’s most popular program, is also a podcaster, public speaker and author of several books about the fictitious Lake Wobegon. He joins Ross to talk about two of his books: “The Lake Wobegon Virus” and his autobiography “That Time of Year.”

Nicolle Sabatke-Orson, co-executive director of the Northern Star Theater in Rice Lake, visits the show to talk about the theater’s virtual holiday show “A Community Christmas.” The event is available to stream on-demand Dec. 18-20 for free, but donations are suggested. All information can be found at nstcricelake.org.

Liz Malanaphy, lead artist and project leader of a group exhibit “Project 30.1: A Community Mural” at The Phipps Center for the Arts in Hudson, is on this week to talk about the exhibit, which includes panels by several artists and faces painted by more than 300 citizens, refers to the distance between Hudson and the site where George Floyd was killed in Minneapolis, Minn. on May 25, 2020.

David Tank, Menomonie resident and author, returns to the show to discuss the final book of his Secret Santa Trilogy “The Mystery of the Lost Guitar.” Tank, a University of Wisconsin-Stout emeritus senior lecturer in writing and mass communications has also published books on 3-D photography, one which is called “Postcards From the Past.”