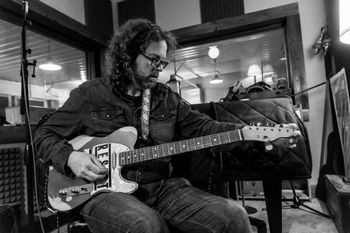 Ross welcomed Ben Shaw, whose first gig was at The Cabin at the University of Wisconsin-Eau Claire in 1991, to talk about his career, the upcoming release of his new album “Feet to the Fire” and to sample some music.

Jerry Way, songwriter and entertainer, joined Ross to discuss “The Farmer Feeds Them All,” a concert he will perform with The Swampers, at 7:30 p.m. on Aug. 9 and 10 at the Heyde Center for the Arts in Chippewa Falls as part of the Pure Water Days celebration in Chippewa Falls. The concert focuses on the history of farming in the Chippewa Valley.

Cole Zrostlik, an event and gallery coordinator at the River Falls Public Library, joined the show to discuss the new exhibit, “Awkward Family Photos” that opened on Aug. 6. This is a traveling exhibit with photos taken from the popular website, AwkwardFamilyPhotos.com.