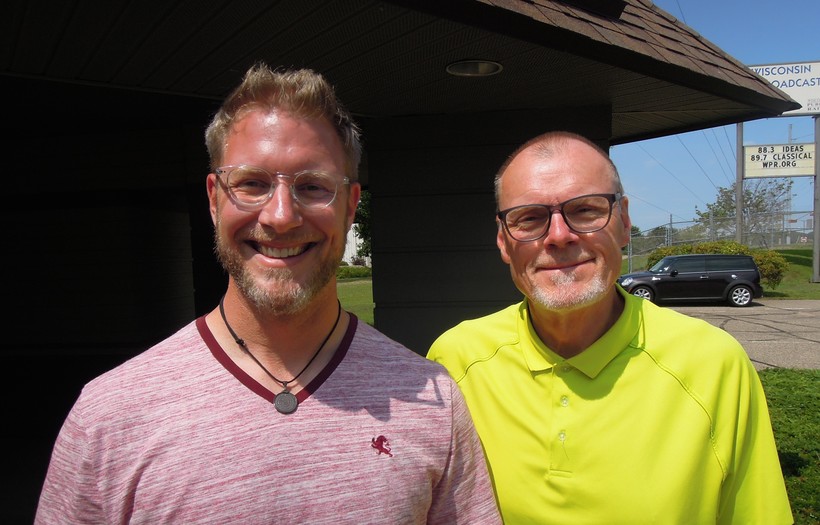 A UW–Stout sociologist discusses the growing social media phenomenon on Thursday, August 3 on Spectrum West, which airs on Wisconsin Public Radio’s Ideas Network at 10 a.m. on 88.3 WHWC-FM/ Menomonie-Eau Claire and 88.7 WRFW-FM/ River Falls. The program also includes a theatre preview of Cinderella in Rice Lake, a show honoring the history of Lake Wissota, a “Wizarding Academy” day camp with UW–Marathon County, and a memorial for songwriter Michael Johnson.

Nels Paulson, UW–Stout professor of sociology will join the show this week. Paulson will talk about the growing social media phenomenon and the roles of social media in higher education. Additionally, host Al Ross and Paulson will talk about the “Lakes REU” program at UW-Stout, an undergraduate research opportunity that teaches students how to use cutting edge technology to understand the effects of phosphorus pollution.

Ross welcomes songwriter Jerry Way to talk about “Wissota in the Making.” This production is a musical interpretation of the history of Lake Wissota and the Chippewa Valley. The show features The Swampers and will be presented at the Heyde Center for the Arts in Chippewa Falls on August 10 and 11.

Ross brings guest Holly Hassel to the show for a brief review of the “Wizarding Academy.” Hassel is a professor of English, gender, and women’s studies at UW–Marathon County and recently hosted the week long Harry Potter inspired day camp. Entering the 10th year, this camp is held for children in grades 4-9 and features trivia and other Harry Potter inspired activities.

Additionally, Ross will help remember late singer and songwriter Michael Johnson. Johnson was a friend of the show and will be remembered through a conversation had in December 2016 during the Big Radio Wave Christmas Show.