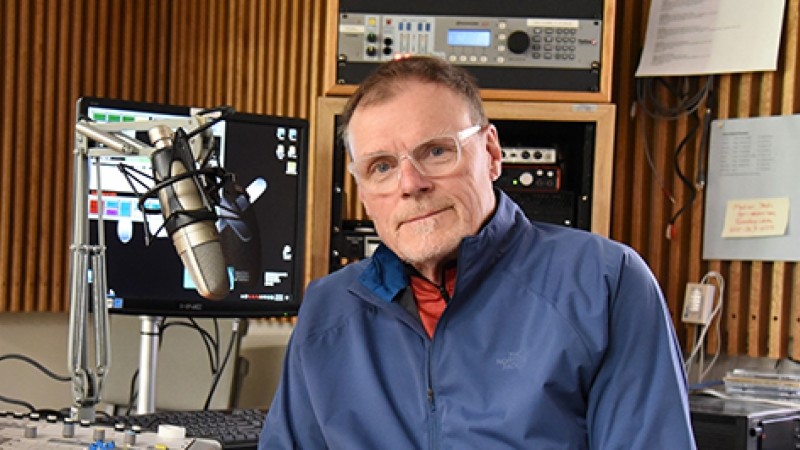 Trempealeau musician John Smith joins host Al Ross with stories of what the singer-songwriter has been up to and how COVID-19 has affected his musicianship. He also shares some of his latest music.

Special correspondent Jim Oliver talks with Heather Rutledge, executive director of ArtReach St. Croix, about that group’s collaboration with the St. Croix Festival Theatre to offer three staged outdoor readings of “Silent Sky,” a play that considers the impact of female scientists in the early 1900’s.

Jo Ellen Burke, president of the Eau Claire Public Arts Council,talks about a state grant, one of only ten issued in Wisconsin as part of the “We’re All In” creative workforce program.  The council is taking applications for proposals of public art through August 28.

Producer Katharine Thomas welcomes Scott Dyar, who teaches social studies, advises the quiz bowl teams, history club and railroad club at Eleva-Strum High School.  But it’s his ability to play the mountain dulcimer that is the focus of his “Spectrum West” visit.  He talks about the instrument and its role in Wisconsin history, and shares some samples of its music.