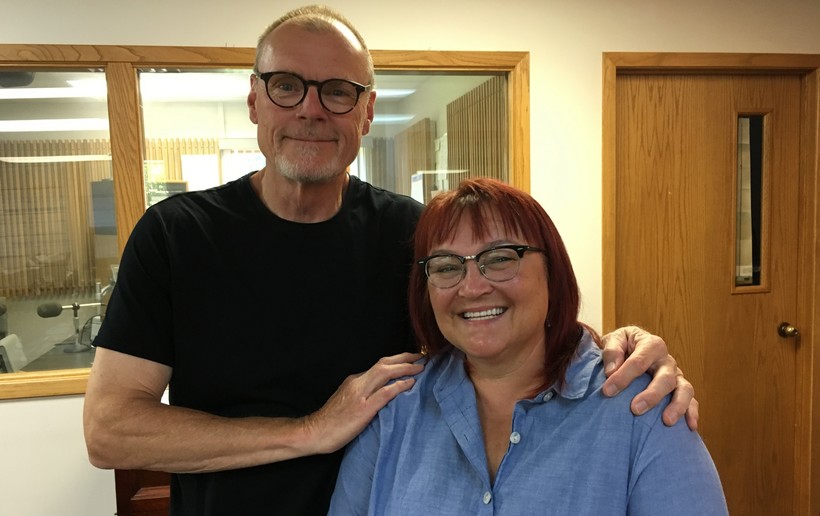 The director of a choir for Chippewa Valley residents with dementia talk about the Stand in the Light Memory Choir on Thursday, August 10 on Spectrum West, which airs on Wisconsin Public Radio’s Ideas Network at 10 a.m. on 88.3 WHWC-FM/ Menomonie-Eau Claire and 88.7 WRFW-FM/ River Falls. The program also includes an art event in Burnett County, a theater preview of Driving Miss Daisy in Barron, and a preview of a bluegrass and old-time music festival.

Host Al Ross welcomes Cathy Reitz. Reitz is a retired choral teacher for the Eau Claire school district who directs several singing groups and will discuss two of them this week. The Stand in the Light Memory Choir is a group for those with early diagnosis dementia and their care partners to sing together and the Chippewa Valley Youth Chorus is a group for children entering grades 4-6. Ross and Reitz will talk about both groups and their concert schedules.

Thomas Scott joins the show this week. Scott is the founder of the Burnett Area Arts Group and he will talk about the group’s recent transition to becoming a non-profit organization and its mission for local artists. Additionally, Scott will discuss the organization’s upcoming events including “Art at Tesora” in Siren.

Correspondent Jim Oliver will share a conversation with Jodie Swanson. Swanson is directing the Barron Spotlighters in a production of Driving Miss Daisy at the Barron Area Community Center. The show will run from August 14 through 19.