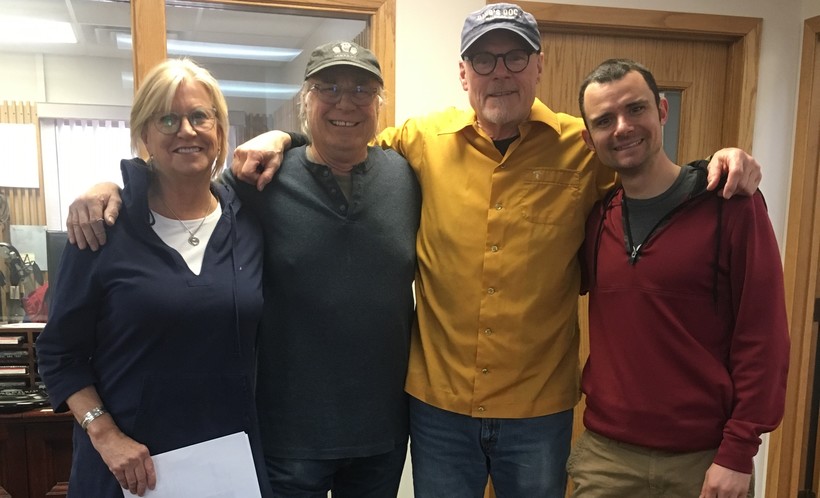 Host Al Ross welcomed back Hollars who released a new book, “The Road South: Personal Stories of the Freedom Riders.” Hollars will also talk about the Chippewa Valley Writers’ Guild writing retreats and the new podcast “Bend in the River,” in which he and other community writers contribute.

Bill Wade, executive and artistic director of the Inlet Dance Theatre based in Cleveland, Ohio joined the show. Wade talked about the company’s appearance as the final installment in the 2017-2018 University of Wisconsin-Eau Claire Artists Series. The Inlet Dance Theatre will perform at UW-Eau Claire’s Kjer Theatre on April 12.

The annual fundraiser Arts, Activism and Change is scheduled for April 21 at the Clarion Hotel in Eau Claire. Guests include executive director of One Wisconsin Now Scot Ross, who will deliver the keynote address titled “Citizen Activism and Cultural Transformation in Creating Thriving Communities,” along with Eau Claire gallery proprietor Jo Ellen Burke and visual artist Terry Meyer. The event will raise funds for the Eau Claire County Democrats.