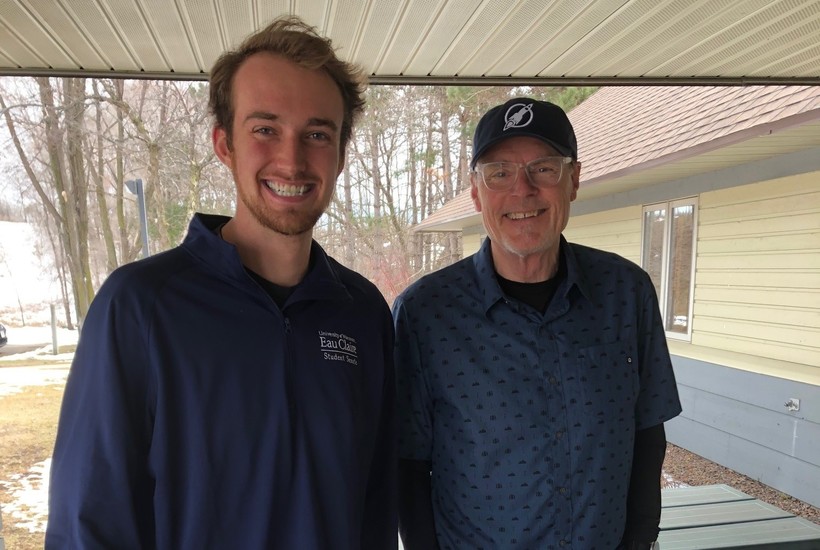 Darmon Meader, founder of the vocal jazz group the New York Voices, and Lauren Kinkhan, who joined the group in 1992, talked with Ross about the group’s history and its music. They also shared samples of their music prior to their performance at Jazz Fest. The New York Voices will perform at 7:30 p.m. on Friday, April 26 and 7 p.m. on Saturday, April 27 at the Pablo Center at the Confluence in Eau Claire.

Melody Mendis is a Minneapolis-based singer who is known for her one-woman show “Hello Gorgeous – An Intimate Tribute to the Music of Barbra Streisand.” She talked to Ross about what it takes to do Streisand justice in her stage performance at 7:30 p.m. on Saturday, April 27 at the Heyde Center for the Arts in Chippewa Falls.

Special Correspondent Jim Oliver welcomed Susan Collie, director of the play “Who’s Afraid of Virginia Woolf?” by the Menomonie Theater Guild. The two discussed the dark comedy-drama. The production takes place at 7:30 p.m. on April 26-27 and May 3-4, and at 2 p.m. on April 28 and May 5 at the Mabel Tainter Center for the Arts in Menomonie.

Austin Northagen, director of University of Wisconsin-Eau Claire’s Student Office of Sustainability, detailed the new city-campus bike share program. The program has been in the planning stages for the past three years and will begin operation next month.