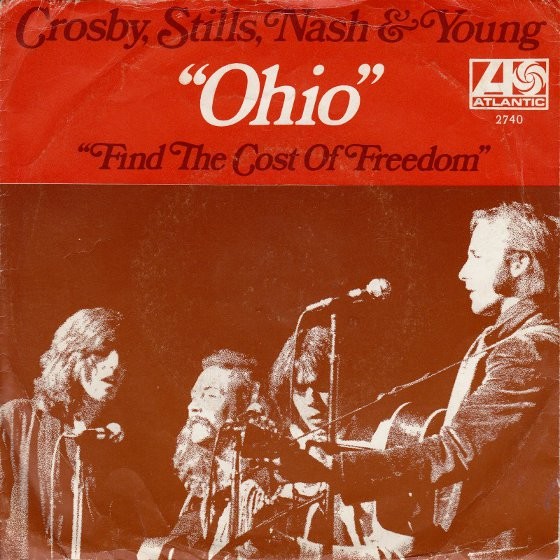 This week - Simply Superior presents a documentary special: "Hear the Drumming: The music of the Kent State and Jackson State tragedies"

Premiering on KUWS 91.3 and Wisconsin Public Radio Northern stations, Friday, May 1, 2020 Offered by PRX to public radio stations nationwide for air May 2, 2020 and beyond.

Fifty years ago on May 4, 1970, the Ohio National Guard fired into a crowd of Vietnam War protesters at Kent State University, killing four. The tragedy shocked the nation and inspired Neil Young to write "Ohio," released in barely a month by Crosby, Stills, Nash and Young and immediately climbing the charts.

The song cemented the group's almost reluctant transformation from a harmonic love-song trio to a politically charged quartet, but it was not the only music spawned by that event, as well as another: the lower-profile killings of two antiwar protesters at the historically black Jackson State College in Mississippi just days later, on May 15.

In a year-long project focusing on the music inspired by those events, "Simply Superior" host Robin Washington presents songs by artists ranging from the Beach Boys to the Isley Brothers to actress Ruth Warrick, whose credits include "Citizen Kane" and the soap opera "All My Children," as well as far more obscure performers. Washington also discusses "Ohio" with Calvin "Fuzzy" Samuel, CSNY's Antigua-born bass player, who today is ironically a resident of Dayton, Ohio, and who revisits the song with a 50th anniversary recording.

"Hear The Drumming" is produced by Robin Washington as a co-production between Wisconsin Public Radio and Trains, Planes and Automobiles LLC. Executive Producers are Washington and Paul Damberg. The program continues the theme of Washington's music documentaries, including the nationally acclaimed "My Favorite Things at 50," commemorating the 50th anniversary in 2010 of John Coltrane's transformation of the Broadway tune into an enduring jazz standard.