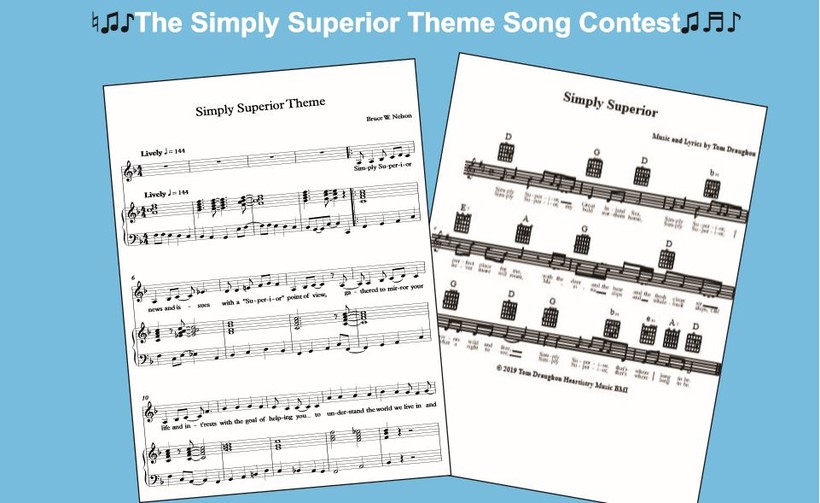 Wisconsin wolves; too many, or too few? Wisconsin Public Radio reporter Rich Kremer, working with the Wisconsin Center for Investigative Journalism, has developed an in-depth report on the state of Wisconsin's wolf population and the status of the canines on the endangered species list. Kremer looks into conflicts with farmers and hunters as the state's wolf population has risen from nearly nothing to more than 900 animals. He talks about his investigation with host Robin Washington on “Simply Superior” airing Friday, Jan 10 at 10 a.m. on 91.3 KUWS-FM/Superior and 90.9-WUWS-FM/Ashland.

Also on this week’s show, a half dozen local musical acts answered the call for a new theme song for the show that includes the words "Simply" and "Superior." The theme song contest garnered an enthusiastic response from songwriters and balladeers, some of whom not only recorded their entries but provided sheet music as well. Washington samples the finalists and offer listeners a chance to select their favorites. Call it a Superior contest!

“Simply Superior” is a news and public affairs program focused on issues in the Twin Ports and Northwestern Wisconsin. Interviewees include politicians, businesspeople, artists and cultural leaders. Hosted by veteran journalist Robin Washington, the program airs on Fridays at 10 a.m. on WPR stations 91.3-FM KUWS in Superior and 90.9-FM WUWS in Ashland. It is repeated Friday evenings at 7 p.m. on WPR stations 89.9-FM WHSA in Brule, 88.5-FM WSSU in Superior and 104.7-FM WHWA in the Washburn, Ashland and Bayfield areas. Archives are available at  https://www.wpr.org/programs/simply-superior