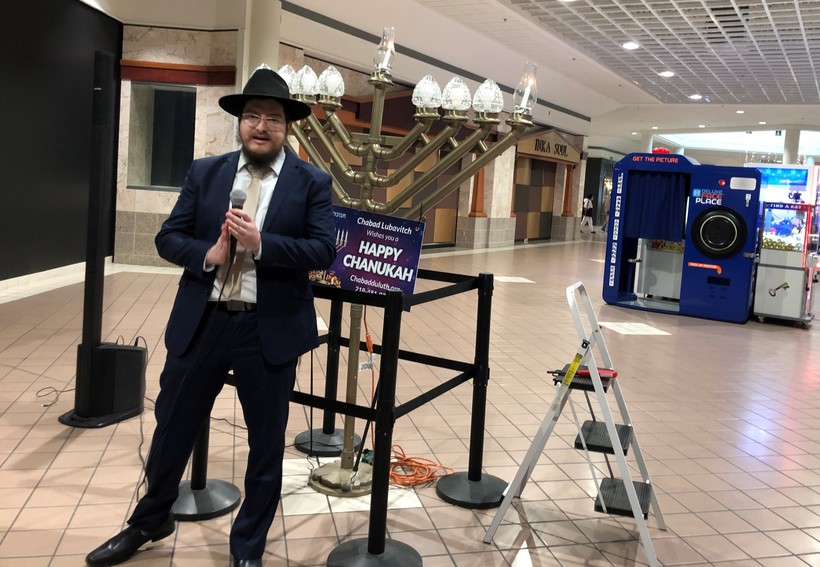 Rabbi Mendy Ross of Chabad of Duluth explains Hanukkah as he prepares to light the menorah at Miller Hill Mall in Duluth on the first night of the eight-day Jewish holiday on Sunday, Nov. 28. Photo by Robin Washington/WPR.

This week, the Jewish history of northwest Wisconsin is featured on “Simply Superior.” The eight-day Jewish holiday of Hanukkah is being celebrated around the world, including in the Twin Ports. Though small, the area has a rich Jewish history -- from Duluth-born Bob Dylan to noted documentary photographer Esther Bubley of Superior. Those personalities and others are recalled by lawyer and past University of Wisconsin Board of Regents President Toby Marcovich and his wife Sharon, also a Superior native, in a conversation with host Robin Washington. The greater Twin Ports Jewish community today is served largely by Temple Israel of Duluth, the Adas Israel Congregation, and Chabad of Duluth.

Also, tech entrepreneur-turned-comedian Danielle Thralow shares her routines from comedy clubs locally and nationwide, usually introducing herself “I’m transgender and 57 years old” to quickly address the obvious question: Her age. Among her business accomplishments is having sold the url internet.org to Mark Zuckerberg.