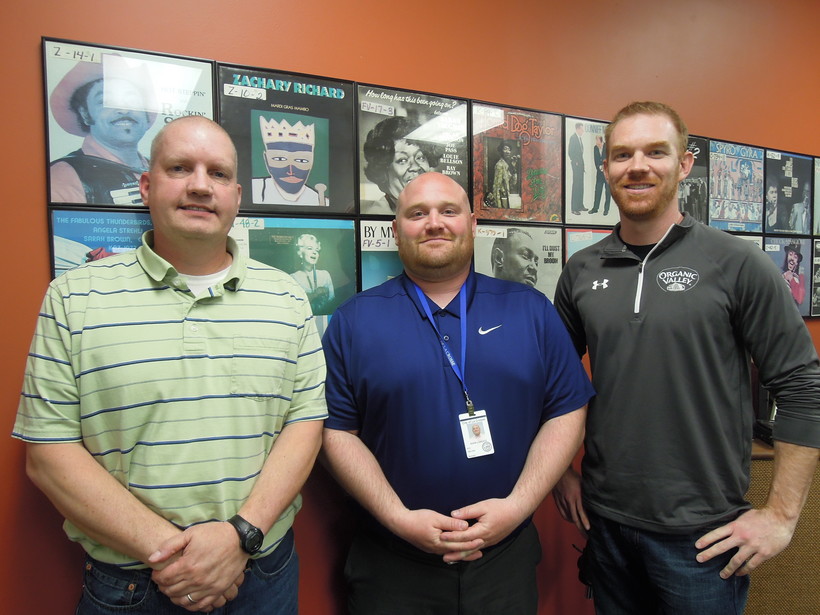 In 2015, Organic Valley became the first organic food company to have an annual sales of $1 billion.

Despite the company’s success, Organic Valley headquarters don’t appear to be headed for Chicago or Minneapolis anytime soon.

Of the company’s 950 employees, 700 are divided between two tiny rural Wisconsin communities, La Farge and Cashton, in southwestern Wisconsin. They're not the easiest places to get to and from.

"With the unemployment the way it is, it’s the lowest it’s ever been, so everybody’s fighting over people. Anything you can do to offer something that makes their life easier, and it’s not just comp and benefits anymore, it’s how can we make your commute to work easier," said Dustin Hundt, Organic Valley human relations manager.

"We’re a sustainable company and we want people to be taking advantage of public transportation so they’re not all driving in individually," he said.

"We also have people who are relocating to the area, maybe they are coming from a larger metro area and they are used to using public transportation. We don’t have that to offer at our locations. We’re in rural communities, so we don’t have that option available to them," Hundt added.

Organic Valley isn’t the only company facing the challenge of getting employees they need to and from work.

A recent survey of employers in the La Crosse area found access to transportation is one of the top barriers to filling job openings (along with child care and affordable housing).

It’s not that Organic Valley hasn’t tried to improve the system. It operates its own van service to bring workers from La Crosse for the 30-mile trip to Cashton.

It also provides annual financial support to Wisconsin’s only regional commuter bus outside of the Milwaukee area.

"It’s there to get people to and from work. It’s around 50 to 60 percent of the ridership of the S.M.R.T. bus (based on) surveys that come back each year," said Peter Fletcher, transportation planner with the Mississippi River Regional Planning Commission and administrator of the S.M.R.T. Bus.

"When we set up our routes, they’ve always been based on trying to get people to and from work. Those riders are going to use it every day. The majority of them use it three to four times a week. It’s been operating now for six years. We had increased ridership in every year except for one," he said.

Hundt said Organic Valley benefits from the S.M.R.T. bus by getting employees to its La Farge headquarters.

"We do have a large population that live in La Crosse or Viroqua so when you’re making those stops, it’s convenient for employees," he said.

"When we’re trying to recruit people to come in and work for us, we can offer that as a benefit, saying, 'We do have this bus that comes here, so you don’t have to rely on your own personal transportation,'" Hundt said.

The S.M.R.T. bus has explored further expansion to Trempealeau County, where Ashley Furniture in Arcadia has a need for options to get employees to work. But Fletcher said they can’t afford to expand the service yet, due in part to a reduction of state and federal funding for public transportation.

"You need the buses and the cost for the operation of the service itself," he said.

The bus service gets 54 percent of its funding from the state and federal government. The rest comes from local governments, businesses and fares that are $3 per trip.

La Crosse transit manager Adam Lorentz said for mass transit to work, there has to be a partnership with businesses.

"It’s got to be both sides that are willing to work on it. If we’re going to set up a route, where’s the buy-in from the employers? Where’s their marketing? Where’s their offer to their employees?" he said. "If you’re going to schedule a bus, a driver, the amount adds up. You want to make sure it’s going to be viable before you put it in there as a fixed route."

Hundt expects Organic Valley to continue working to improve mass transit options to its facilities, but he said trends are also leaning toward more people working from home and telecommuting from different workplaces.