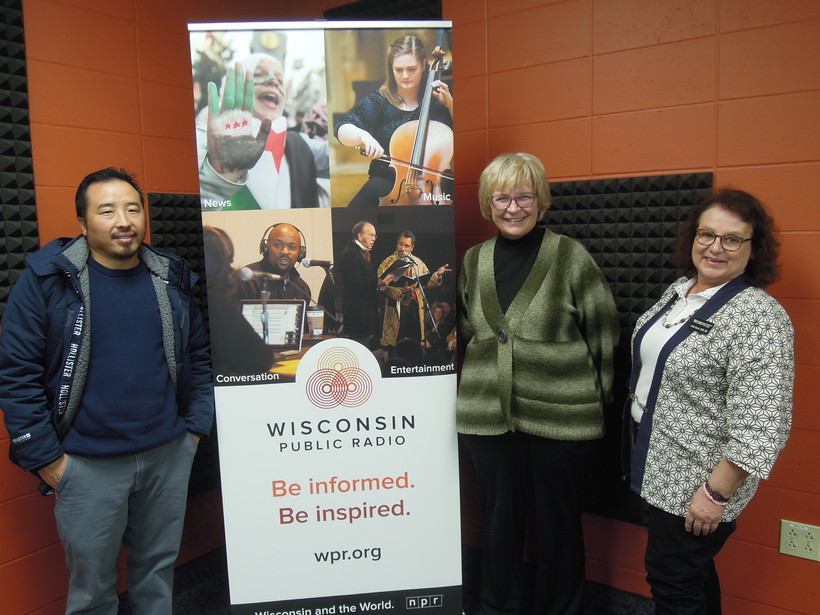 Two instructors from Western Technical College (WTC) are hoping a trip they took to Thailand this summer will help spread Hmong culture and history to students and faculty.

Lin Rauch and Pam Solberg were part of a delegation of 12 educators from the La Crosse and Eau Claire areas to visit Thailand for a month as part of a Fulbright-Hays grant from the U.S. Department of Education.

Solberg, a communication studies instructor plans to apply what she learned on the trip to educate students in the classroom about Hmong culture and education.

"If students from every culture see their culture represented in the classroom, I think there’s much more of a feeling of inclusion which leads to better educational outcomes," she said.

Rauch is a nursing instructor who plans to use what she learned to help educate other instructors at WTC. But she also hopes to attract more Hmong people into nursing.

"Oftentimes our (Hmong) students are misunderstood by the patients they take care of. Sometimes there is just a communication gap and a misunderstanding with the students as to what they know from their culture and want to integrate into Western culture. We need to be able to embrace both of those viewpoints because they enrich each other," Rauch said.

During the month-long trip, the group visited schools and villages in Thailand and learned of the history of the Hmong people, who were recruited by and fought with the U.S. military during the Vietnam War and migrated to the United States after the war to escape political persecution.

"When I went to Thailand, I went with a textbook knowledge of Hmong history and culture. It was only when we met people and stood in places where things had happened that the stories that came with that really made that come alive on an emotional level, so I felt like I left here with knowledge, but I came back with understanding," Solberg said.

"I think one of the most moving experiences I had was standing on the banks of the Mekong River where people would cross the river as refugees, and we heard stories about people who had tremendous hardship in crossing the river. Hmong people are traditionally from the mountains, most of them don’t swim and so a lot of them cross the river literally holding on to inflated garbage bags holding onto small children and it was a terrifying experience," she said.

One of those children who crossed the river is now a staff member at WTC. Ge Vang didn't take the trip, but he appreciates the goal of increasing awareness of the Hmong community. He went to public school in La Crosse and said he always found the history of the Hmong people lacking in La Crosse, but he believes that's starting to change and will only be enhanced by the recent trip to Thailand.

"Anytime we can incorporate learning about other cultures it will help move the needle toward a greater understanding, a more diverse community that can appreciate each other," Vang said.

Solberg said the trip to Thailand and the work they are committed to after the trip is part of WTC’s commitment to support students of all backgrounds.

"Preserving Hmong culture is very important to Hmong people. Hmong are people who have traditionally been stateless and even though they are now American citizens, preserving the arts and the food and some of the customs and language is a very important, so we should all support that," she said.

Solberg said public presentations based on last summer’s trip are planned in the coming months and WTC’s study abroad program in 2021 will be in Thailand.