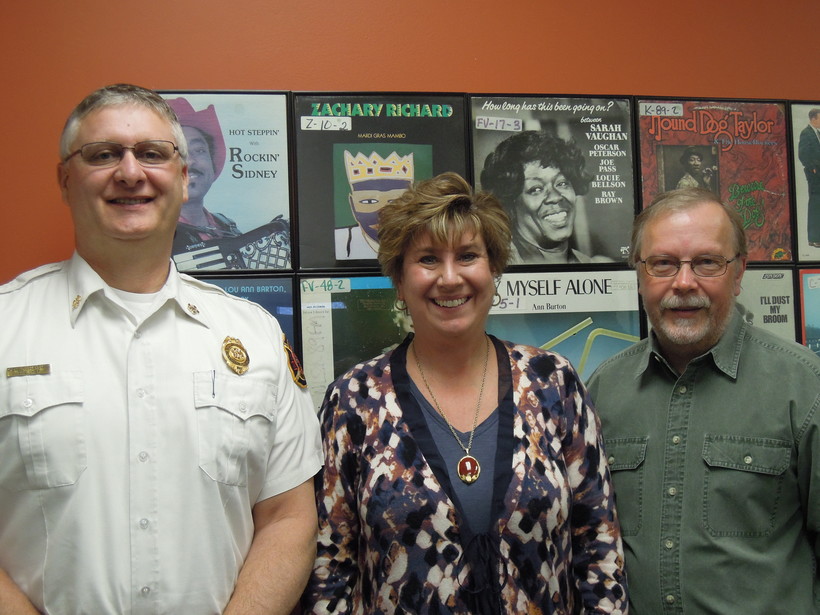 The state of Wisconsin lags behind neighboring states when it comes to freight train safety according to La Crosse's fire chief and a member of a citizens group that advocates for more safety measures.

There have been train derailments recently near Brownsville, Minnesota, Alma and Watertown, Wisconsin and Galena, Illinois. No one has been hurt, though most have involved hazardous materials and have threatened the environment, or in the case of the Galena derailment been highly explosive.

La Crosse Fire Chief Gregg Cleveland said the state of Wisconsin's emergency response system doesn't lend itself to the bottom line—a culture of safety. He said many western Wisconsin communities are built around the railroad, and take it for granted that there are probably more hazardous materials passing through their communities now than at any time in history.

"I would argue that our preparedness, in terms of responding to that, (train-related emergencies) has gone in the opposite direction," Cleveland said. "It requires regionalization. It requires trained people, specialized equipment and it's this issue of sustaining it."

The city of La Crosse was able to get Burlington Northern Santa Fe railroad to pay for some training for the fire department as a condition of allowing the railroad's expansion through the La Crosse River Marsh and the southside. But Cleveland said that funding is running out this year, leaving the city's taxpayers on the hook for updated training.

Cleveland said he would like state lawmakers to modernize laws and agreements that would allow neighboring states to work together.

"If there's a train derailment, we should have the same legislative protections to respond, to help mitigate it and prevent it from coming into Wisconsin if it's in Brownsville, Minnesota, La Crescent or Winona," Cleveland said. "I think our system of government (in Wisconsin) is set up by boundaries, and it really should be set by service areas. And we really should be looking at that as the next generation of emergency response."

The hazardous materials team based in La Crosse covers a territory more than 100 miles long on the Wisconsin side of the Mississippi River where freight trains travel, which stretches from south of Prairie du Chien to north of Alma, and if a disaster would occur that would need assistance now, La Crosse responders would have to call a team based in Eau Claire, while the next closest hazardous materials response team is based in Rochester, Minnesota.

Alan Stankevitz of Citizens Active for Railroad Safety or CARS said rather than talking about how best to react to a train derailment, there needs to be a broader discussion about preventing future derailments.

He said Minnesota, Iowa and Illinois all employ track inspectors who support the Federal Railroad Administration's program to ensure railroad track safety. Wisconsin does not.

"You know, a lot of these issues of derailments occur, not so much because of human issues, although that did happen in Alma, but in a lot of cases it’s the infrastructure, it's the rail lines, quite often the rails break," Stankevitz said. "We need more inspectors to really be able to tackle this problem. It would be refreshing to see Wisconsin step up to the plate and add more inspectors."

Stankevitz said CARS is working on several other issues, like getting energy companies to refine oil before they put it in tanker cars, so it will be less volatile in a derailment, speeding up the phasing out of old tanker cars and paying greater attention to hazardous materials that are being carried by train other than oil and ethanol.

Bills that would improve rail safety have been introduced in both the Wisconsin legislature and U.S. Congress, but politicians have yet to pass anything designed to change the status quo.