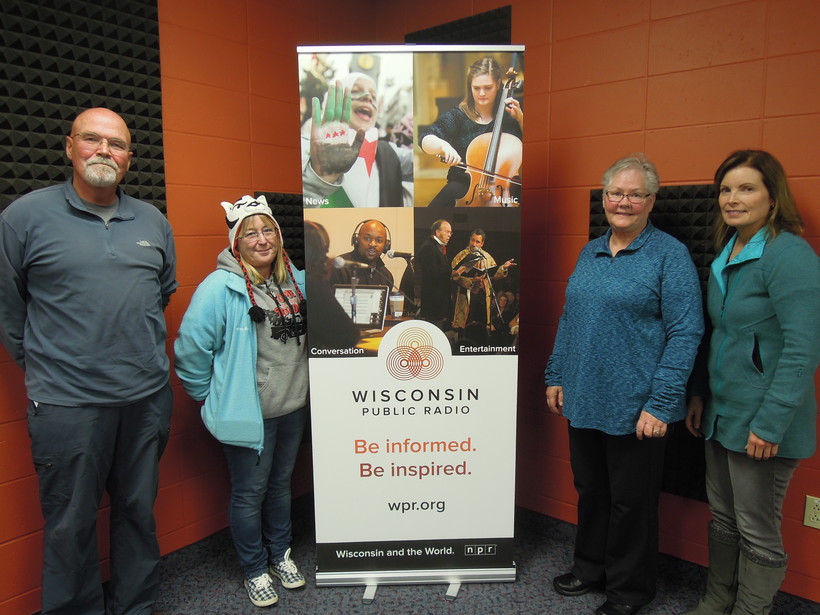 Sometime after 10 p.m. on August 27, 2018, Judy and Richard Mixter were keeping an eye on a late summer storm that just wouldn’t let up.

The Coon Valley couple noticed some flooding in their backyard. Richard heard some water seeping into their finished basement, so he went downstairs and did what he could to keep things dry.

"I went upstairs and got ready for bed. I was lying in bed reading, and (Richard) came back and said, 'You’ve got to come and see this.' We walked halfway down the basement stairs. The two windows on the back side of our house had blown out, and we had geysers of mud and water shooting in the back part of our basement," Judy said.

She got dressed and soon after they discovered water had risen to be level with a first-floor deck that was attached to the home. Rushing water surrounded both sides of the home.

"We heard this crash. My husband said, 'I think the back wall of our foundation caved in.' I thought my hutch had fallen over. The house started to shudder at that point. The water was coming up through the hardwood floors and carpeting. We got about 6-inches on the main floor," Mixter said. "We got scared at that point."

First responders with a backhoe eventually rescued the couple and their dog, and they spent the night at a school used as an emergency shelter — their lives forever changed.

The Mixter’s story is part of an oral history project in southwestern Wisconsin called "Stories from the Flood," an innovative approach to trauma spearheaded by the Driftless Writing Center of Viroqua.

"From the beginning we wanted to help people heal and move forward. I think that has happened, it has happened individually and in a group setting," said Tamera Dean, the director of "Stories from the Flood."

"Another goal has been to create this archive of stories around this historic event for future researchers and historians. We aim to collect 200 stories. We have about 80 so far," Dean said.

The stories are being gathered from people affected by the August 2018 flooding that occurred in the Coon Creek and Kickapoo River watersheds. The area has been overwhelmed by several significant flooding events in the last decade.

A book has been produced featuring parts of the flood stories gathered so far. Dean said the book has been given to elected representatives and agencies that deal with flooding issues at the state and federal levels.

"We would like to keep bringing this to their attention, so we can translate personal experiences into policy changes," she said.

Gil Hoel of Ontario is a licensed clinical social worker who is a consultant for Project Recovery which has helped flood victims in southwest Wisconsin.

"The project is a perfect example of how people come together and start sharing their stories. That pulls them out of feeling isolated. They begin to recognize we are connected. They hear a story from someone, and they recognize I have the same story. Suddenly, you begin to see the social fabric start to get rewoven," he said.

Judy said there was a need to tell their story.

"We probably experienced more damage than most in our community. I also wanted people to know how thankful we were for the help and response we got from all areas in helping us recover," she said.

The Mixters did rebuild their home and are still living in Coon Valley, but she knows others never came back.

The displacement of flood victims and the long-term disruption floods caused to lives are themes that run through many of the stories.

Judy said while life is better now than it was in the months after the 2018 flood, she expects the experience will continue to affect her.

"I have rain anxiety. I think there are triggers when you’ve lost everything. An example is Christmas. All my Christmas decorations that I’ve collected for years were down in the basement, as well as my Christmas tree. Last year we had someone else’s Christmas tree and decorations. I didn’t have any of mine. This year, we’re back in our house, and I have no tree, I have no decorations. All the things that the kids made me throughout the years are all gone. Things my grandmother made are gone," she said.

The book from the "Stories from the Flood" project sold out of its first printing. Copies are available at libraries throughout southwestern Wisconsin. The project’s archives — including audio, written and videotaped stories — will be available at the Vernon County Historical Society and Murphy library at the University of Wisconsin-La Crosse.