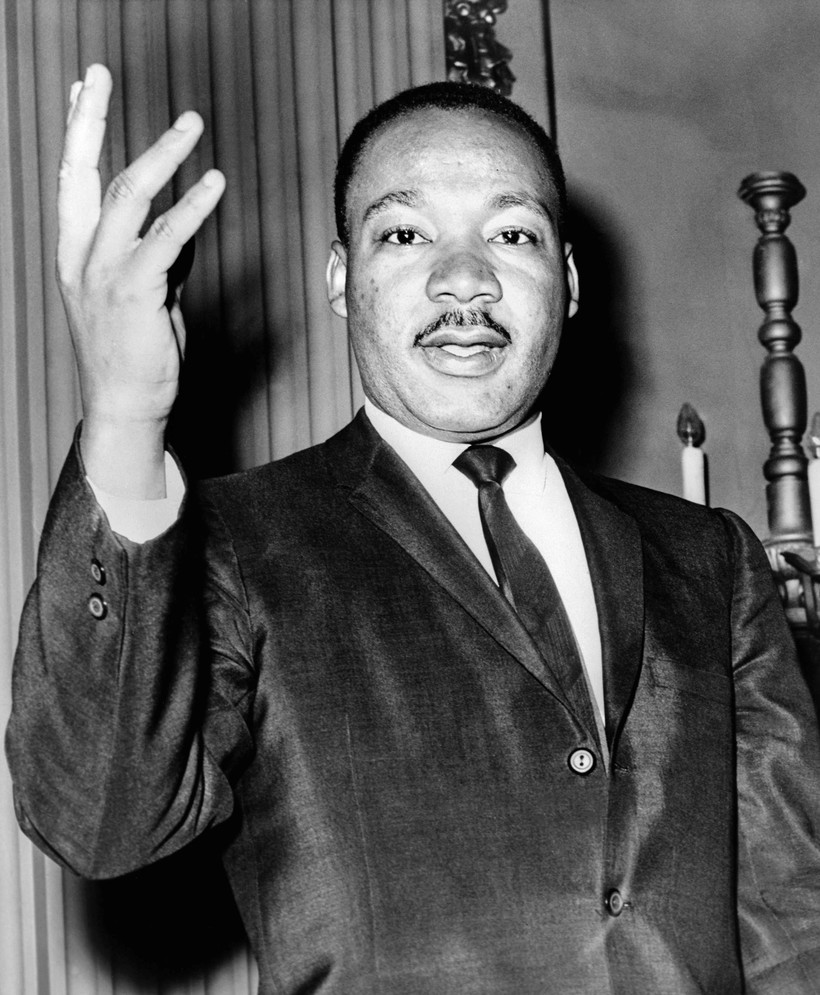 Dick DeMarsico, World Telegram staff photographer - This image is available from the United States Library of Congress's Prints and Photographs division under the digital ID cph.3c26559.

To honor Dr. Martin Luther King, Jr. through music, I chose a number of African-American composers from the twentieth century: The program opened with "Three Spirituals" by living composer Dr. Adolphus Hailstork, whose work I've enjoyed getting to know over the past few years.

The "Violin Concerto No. 2"  by Florence Price was also featured: She has a fascinating story that I wrote about in 2018. This particular work was found in a building south of Chicago that was about to be demolished. Thankfully the score along with others, found its way to her home state of Arkansas and an archive of her work there, where it was eventually recorded to great acclaim.

Margaret Bonds studied with Price in Chicago, and we heard Bonds' stunning piano arrangement of "Troubled Water" followed by "Miniatures" by William Grant Still, considered the "Dean" of African-American composers.

The Morning Classics tribute to Dr. King also included a setting of "Song to the Dark Virgin," the poem by Langston Hughes. Florence Price, again, was the composer.

There are more discoveries and new recordings made every year of Black composers. While we heard a few today in honor of Dr. King, WPR is committed to sharing more and more of this music in regular rotation throughout the year.