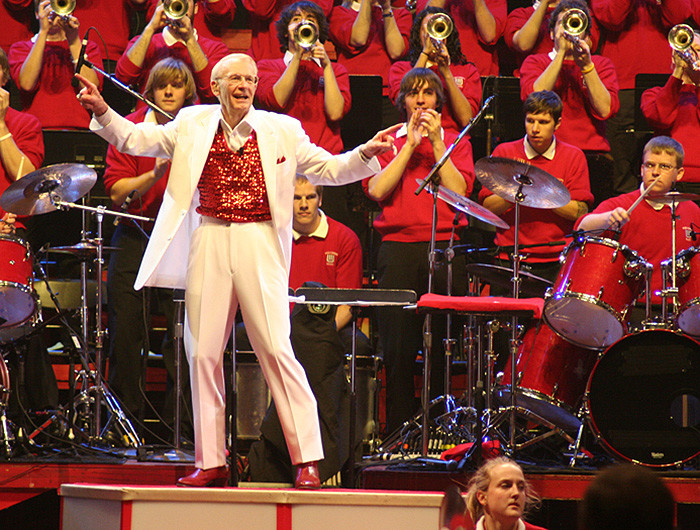 Norman and Stephanie visit with Mike Lechrone, Director of the UW Marching Band and The Varsity Band. The 300-member UW Varsity Band played several concerts on April 16-17 at the Kohl Center in Madison.

The concerts were the 36th annual Varsity Band Concert and also included a celebration of the the birthday for the UW's official song, "On, Wisconsin!" Lechrone received a Lifetime Achievement Award from Wisconsin Foundation for School Music in 2007.